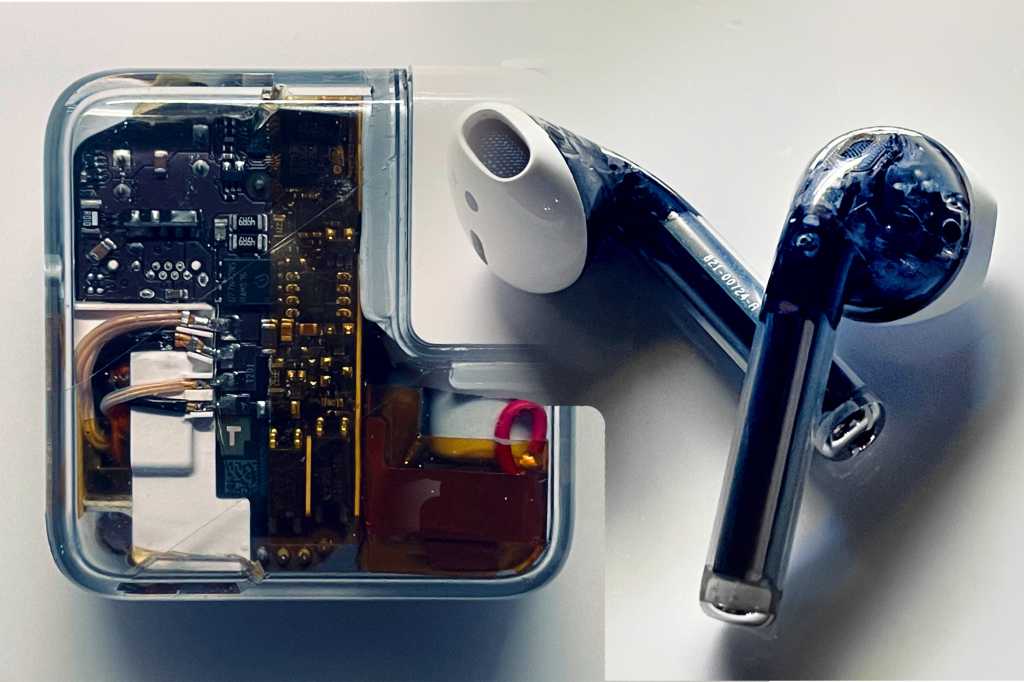 Lots of people bought Apple products over the Black Friday weekend because of how they look on the outside, but most of them probably didn’t give much thought to the design under the pretty enclosures. But an Apple collector has given us a reason to appreciate what’s inside our favorite devices.

Collector Giulio Zompetti has posted pictures of a pair of Apple devices on Twitter that he claims are translucent prototypes of AirPods. It’s unclear why these prototypes were made, but presumably, they were never actually considered for sale but rather used to help with engineering. Still, it’s a look that many Apple fans would happily pay for.

Zompetti also shared an image of a clear 29W power adapter that might be even more beautiful than the AirPods. It’s less practical, of course, since it would be connected to a wall most of the time, but that doesn’t make us want it any less.

Apple had a brief affair with translucent products in the late 90s and early 2000s with the iMac, CRT Studio Display, Pro speakers, and eMate 300, among others. Those clear plastic days are likely behind us, but it’s hard not to look at these prototypes and not fall in love with the idea of a line of translucent versions of Apple’s current products.

From its earliest days, Apple has made internal design a priority, with the Apple 1 shipping without a case. X-ray shots are popular iPhone wallpapers and transparent side doors were popular after-market mods for the Power Mac G5. It’s been many years since Apple released anything translucent, but these products show that Apple’s internal design is still a thing of beauty.