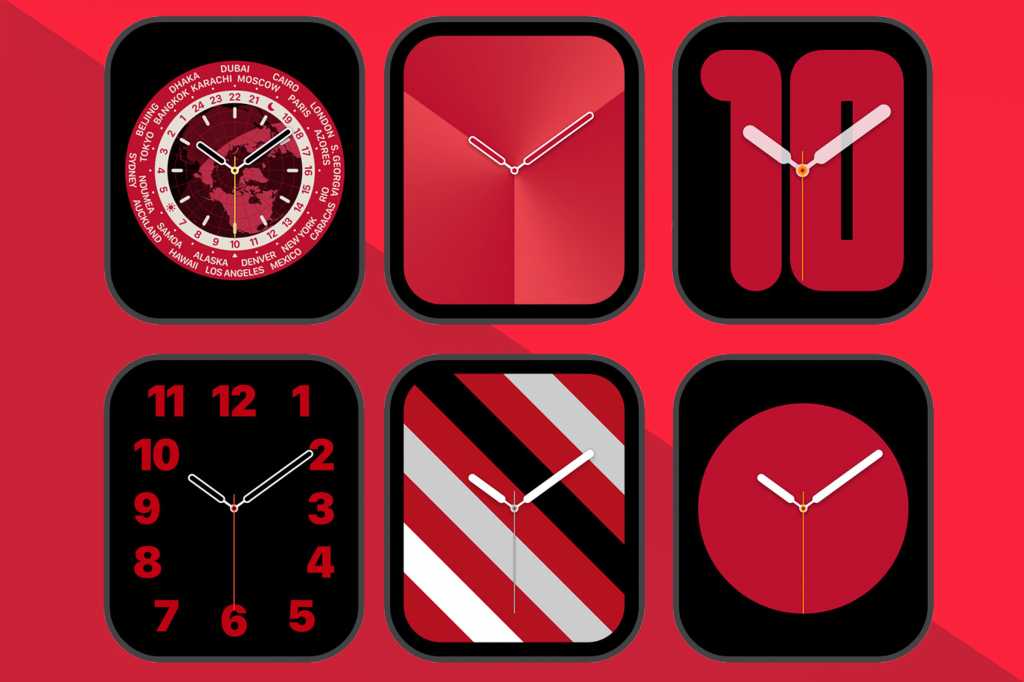 To celebrate 15 years of partnering with (Product) RED to combat the gobal spread of AIDS, Apple is offering a selection of six Apple Watch faces in red available for download for Apple Watch Series 3 and later.

The faces are part of Apple’s watchOS 7 feature feature that lets you share faces with friends. To download them on your Apple Watch, you must visit Apple’s (RED) site on an iPhone and tap the “Add Apple Watch Face” button below the ones you want.

Along with the custom faces, Apple also spotlighted the rest of its (Product) RED devices, including the Apple Watch Series 7 and iPhone 13. It also is highlighting books and apps that spread awareness, and will donate $1 to the Global Fund for every Apple store purchase made with Apple through December 6.

Apple’s first (Product) RED device was a special-edition iPad nano in 2006 created by Bono from U2. Apple has since launched dozens of devices using the trademark color and raised nearly $300 million for the Global Fund.