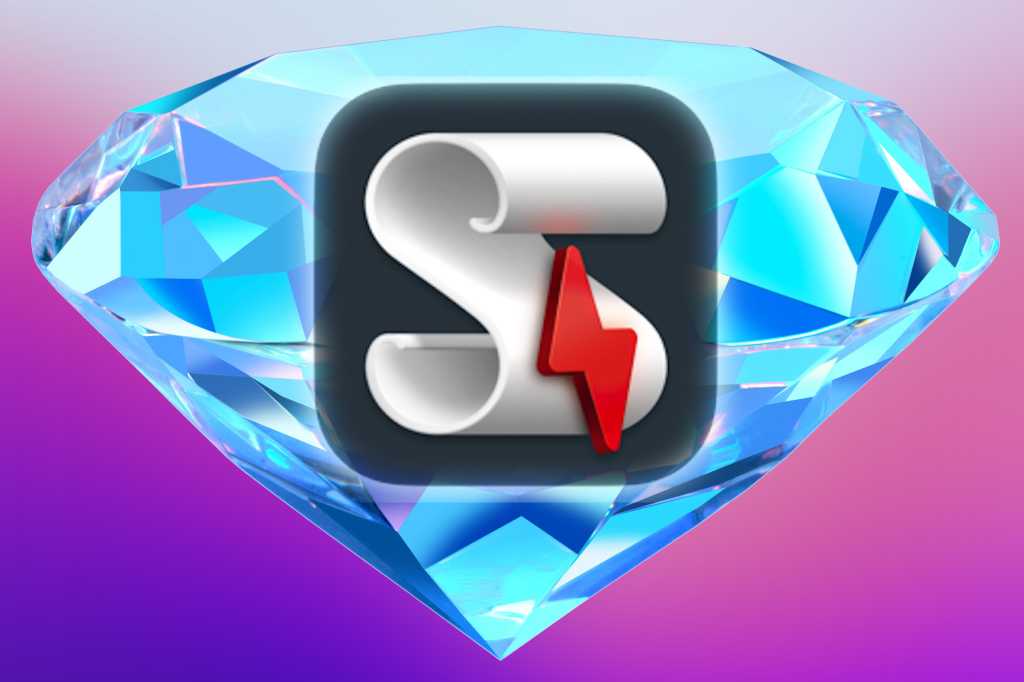 For nearly two decades, FastScripts has been an AppleScript concierge, helping fill in the gaps in making AppleScripts a convenient part of desktop and application workflows and providing an effective replacement to Apple’s Script menu.

If you use AppleScripts extensively, FastScripts is the app you didn’t know you needed. Once installed, you’ll wonder why you didn’t have it before. The latest major update, version 3, was released on November 11, 2021. This release is not in the Mac App Store due to limitations that would have prevented its advanced features. (Previous paid owners can still obtain the upgrade price.)

AppleScript has been a handy way to write quasi-applications and automate certain kinds of system and app actions since its release almost 30 years ago. It thrived particularly in desktop publishing, where newspapers and magazines used AppleScript to automate common layout and production tasks without the burden of full-fledged app development. (Automator took over some of this workload but is highly constrained.)

FastScripts takes Apple’s football and runs with it, elevating AppleScripts from a slightly pushed-under-the-rug technology to something that can work on par with apps and as connective tissue. From the FastScripts menu, you can select your own or system scripts. Holding down Option lets you edit a script immediately. The app understands context better than Apple’s built-in script-execution system, minimizing switching between apps and returning you more accurately to where you were when you chose the script.

Because FastScripts provides most features for free, a casual user can employ it for a handful of common time-saving activities or macOS/app feature additions that you can find AppleScript “recipes” for online at places like Doug’s Scripts for Music, TV, and iTunes, a massive repository run by Doug Adams (free; donations requested), or in myriad forums and sites that discuss and post AppleScript solutions. While I don’t use AppleScript all the time, I’ve run a simple script thousands of times since I wrote it in 2010 (and documented in this Macworld article).

The latest release of FastScripts also lets you see the progress of scripts in the FastScripts menu. If you have an AppleScript that may run for a long period of time or perform an unknown number of iterations before completion, you can take advantage of this feature to see its status. (This requires writing your scripts to use AppleScript’s reporting mechanism or using scripts that use that feature, but it’s a low bar.)

Also added to version 3 is an in-menu search option. If you’re the sort of person who would find FastScripts useful every day, the ability to search is another level up.

While FastScripts’s focus is AppleScript, you can also put other items into the system Scripts folder that it can act upon: Automator workflows, code written in other scripting languages that can be executed in macOS (like perl or PHP), and apps.

FastScripts expanded its tradition in version 3 of making many features available at no cost. Instead of the previous free limited number of script invocations, you can use all functionality in this release, but some features provoke upgrade reminders. This includes keyboard shortcuts and FastScripts scripting additions: the app prompts you before you can proceed, but there’s no need to pay to continue.

Reminders are removed by unlocking the premium tier within the app ($39.95 for a single user; $59.95 for a family license for up to five household users).

People have written the obituary of AppleScript many times, but it still lives. macOS 12 Monterey lets you run AppleScripts within a Shortcut and, conversely, run Shortcuts from an AppleScript. FastScripts is a fountain of youth for AppleScript, keeping its youthful sheen even as it enters its thirties: fast, flexible, and responsive.

We last reviewed FastScripts for Mac Gems in 2011, noting, “if running AppleScripts is a regular part of your daily routine, you owe it to yourself to check out Red Sweater Software’s FastScripts.”