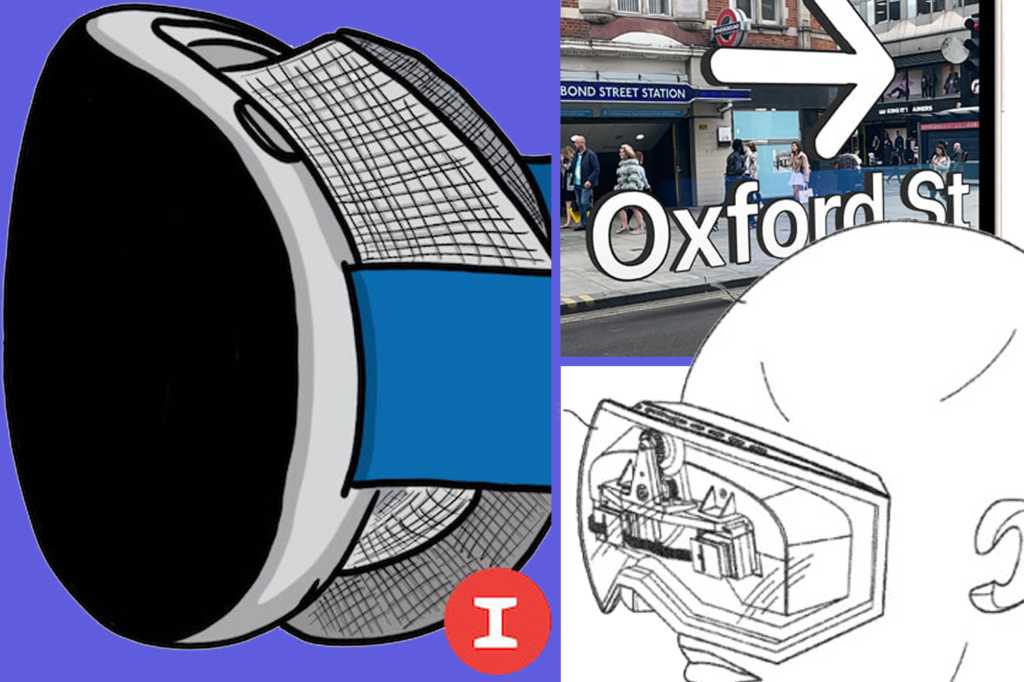 It’s looking more and more like Apple’s next big thing won’t be something that fits in your pocket or a bag. Rather it could be another wearable device. Analysts Ming Chi-Kuo said in 2021 that Apple’s “goal is to replace the ‌iPhone‌ with AR in 10 years.” Here’s everything we know so far about Apple’s rumored mixed-reality headset.

Update 01/23/23: A new article from Mark Gurman at Bloomberg describes more features of the AR/VR headset and how it will work. We have updated the relevant sections of this guide with the new rumored information.

January 25, 2023: Freelancer.com held a contest for artists to submit concepts on what the Apple headset could look like. The winner is Ahmed Chenni. Take a look at the artists’ concepts for the Apple headset.

January 23, 2023: A new feature from Mark Gurman at Bloomberg describes how the headset will reportedly operate, with an interface similar to a “3D iOS interface” that uses advanced head and eye tracking.

January 11, 2023: Apple recently released preview versions of Apple Music, TV, and Devices apps for Windows PC. References to “Reality OS” and “xrOS” have been found in the code for the Devices app.

January 3, 2023: The Information has an article purporting to reveal several new technical details about Apple’s device, including a waist-mounted battery pack, digital crown, how it works with AirPods, and much more.

December 1, 2022: In another scoop for Bloomberg, Mark Gurman reports that the operating system for Apple’s AR/VR project has been renamed from “realityOS” to “xrOS,” and that the heads of many of Apple’s internal apps are involved in the project.

September 25, 2022: Bloomberg’s Mark Gurman wrote in the Power On newsletter (subscription required) that Apple’s headset could be released in 2023.

The latest rumors from primarily from Bloomberg’s Mark Gurman, who reports that the operating system (xrOS) and other software development for the headset is now in high gear with a release date aimed for 2023.

The latest rumors suggest an unveiling in the spring, followed by more detailed info for developers at WWDC and a consumer release in the second half of 2023.

Apple released a preview version of a “Devices” app for Windows PCs (in which one would manage iPhones and other devices on a Windows PC as iTunes is phased out; Macs use Finder for this task). Twitter user @aaronp613 discovered references in the code of this release to “Reality OS” and “xrOS”, the operating system code names for Apple’s Reality headset.

The headset is supposedly going to be called “Reality Pro,” though rumors about Apple’s final consumer brand names are notoriously sketchy.

While the ultimate goal of Apple’s AR project is to produce a pair of fashionable smart glasses, the first version will reportedly be much bigger than that, weighing between 300-400 grams, according to Ming-Chi Kuo. According to reports, the first-generation Apple headset will be an Oculus-style headset with a knit mesh-wrapped body similar to the AirPods Max. It could look something like a sleeker version of Google’s Daydream headset, which also had a soft fabric body. A patent application for a “head-mounted display unit” also detailed several areas of adjustment, meaning comfort will be an area of focus. Supposedly the device is made of aluminum, glass, and carbon fiber to minimize weight.

However, we don’t know much else about the design of Apple’s AR device. While Jon Prosser reported that Apple is working on a prototype pair of AR glasses, more recent rumors suggest that a bona fide pair of glasses is likely still years away from production. In January, Ming-Chi Kuo reported that Apple will be using “pancake” lenses to keep the weight and bulk down. The current design is said to resemble high-tech ski goggles.

While the rumors say that Apple experimented with a battery integrated into the headband like the Meta Quest Pro, it eventually settled on an external battery you would clip to your waist or put in a pocket, connected to the headset with a magnetically-attached (think MagSafe on MacBooks) power cable. One charge is said to last only a couple of hours, but you can swap battery packs to use the device longer.

Curiously, Kuo says Apple is already working on a second-generation model (via 9to5Mac) expected to launch in 2024 with a “significantly lighter” and “updated industrial” design.

The New York Times reported in June that the headset “looks like a pair of ski goggles.” The Information says a small digital crown-like wheel on the side will let users seamlessly switch between fully virtual (VR) and seeing their surroundings (AR).

Freelancer.com held a contest for artists to create concepts of what the headset might look like. Take a look at the designs. The winner of the contest was Ahmed Chenni.

According to a report by The Information, the latency for most wireless earbuds or headphones is too high for its purposes, so users will have to use one of two solutions. One is a headband with integrated speakers (much like that on the Meta Quest Pro), the other is to use recent AirPods models, which can enter an “ultra-low latency” mode when connected to the headset. The headset apparently contains the H2 processors (found in the 2nd-gen AirPods Pro).

As a mixed-reality device, Apple’s glasses are rumored to handle both virtual and augmented reality via a pair of high-resolution OLED 4K screens made by Sony, including eye-tracking technology. The headset will reportedly feature more than a dozen cameras and sensors, according to The Information, which will project a real-world view onto the screens as if you were looking through clear glass. It will presumably use either OLED or mini LED and incorporate Apple’s Ceramic Shield coating as well.

In January, Display Supply Chain Consultants reported that the headset will have “three display modules” comprised of two Micro OLED displays and one AMOLED panel. The AMOLED display is apparently a low-refresh display that faces outward, to show other people your facial expression and reduce the awkwardness of interacting with people wearing the headset.

Small internal motors are said to automatically adjust the lenses and displays to match the users’ IPD (inter-pupillary distance, which is how far apart your eyes are), giving a full field of view of 120 degrees.

According to Kuo (via MacRumors), Apple’s AR headset will have two processors, with the higher-end processor being a sort of variant on the M2 processor used in Macs and iPads, and the secondary chip responsible for graphics and sensor-related functions for mixed reality. That second chip will be called the “Reality Processor” according to trademark applications. The sounds like a lot of processing power for a headset, but if the headset needs to power a pair of 4K displays, it will need a hefty chip. Reports also say that it will need to be tethered to an iPhone, much like the original Apple Watch.

Kuo also reported that the headset will support Wi-Fi 6E, which is also rumored to come to the iPhone 14. It will also presumably have at least 8GB of RAM and a 256GB hard drive. We don’t know anything yet about the battery life, but Kuo says improving battery life will be a focus of the second-generation model. Kuo reports that the headset will come with the same 96W power adapter as the MacBook Pro, which suggests it will have a big battery.

The Information says the device is powered by a main SoC with CPU, GPU, RAM, and storage, along with a secondary custom image signal processor that stitches together all the inputs from all the cameras into a single representation of the outside world, and it communicates with the SoC via a custom ultra-low-latency streaming codec developed by Apple.

The headset is said too employ both short-range and long-range LiDAR to develop a 3D map of your surroundings.

As a mixed-reality device, Apple’s headset will also be able to handle both AR and VR applications, which opens the headset up to a variety of apps. Bloomberg’s Mark Gurman also said that gaming could have “a strong focus” on the platform as well as “media consumption.” He expects Apple will work closely with developers and media partners to create content that can be watched in VR on the device. Apple will likely lean into VR content with its own TV+ service as well.

Apple will also surely have apps dedicated to AR-type things, such as the Measure app and things like the tool that lets you see a 3D render of Apple products before you buy it. In a December report, Gurman additionally said the iPhone’s Animojis and VR FaceTime could be positioned as “the new-age Zoom.”

The headset is expected to come with new versions of core apps like Messages and Maps, and reports claim that Apple recently enlisted the head of engineering for its iWork productivity apps, Notes app, and Apple News to work on the headset.

Apple is expected to feature advanced FaceTime-based video conferencing and virtual meeting rooms that will realistically render a user’s face and body in virtual reality. Two users, each with a Reality Pro headset, could have a virtual meeting and feel like they’re in the same room, it is said. This requires a lot of processing power and will therefore only be available in one-on-one chats; additional users would be displayed as icons or Memoji.

Advanced eye and hand tracking into key features of the device–differentiators to set Reality Pro apart from rival devices. Several external cameras will monitor hand movements, and internal sensors will see where your eyes are looking. You’ll be able to control something simply by looking at it, and then pinching your thumb and index finger together to select it. There will be no controllers or other pointing devices.

Text input will be done by voice, or using an iPhone, iPad, or Mac keyboard. Eventually, users may be able to simply type in the air to input text, but Apple is apparently still working on that feature and isn’t expected to have it available for launch. Unlike Apple Watch, an iPhone will not be required to set up or use Reality Pro.

The headset will be able to smoothly transition between AR and VR modes by dialing a digital crown, can serve as an external display for an connected Mac, and perform many of the functions of an iPhone or iPad.

We’re told that we can expect a software development kit and App Store for third-party applications as well.

The New York Times reported in June that Apple “has enlisted Hollywood directors such as Jon Favreau” to develop content for its upcoming headset. The report said Favreau is “working to bring (Prehistoric Planet’s) dinosaurs to life on the headset.”

As far as pricing, rumors suggest that the first iteration could be an extremely expensive device. The latest rumors from Bloomberg suggest a price of around $3,000, which will almost certainly keep the product from achieving mass appeal. The next version of the Reality Pro is said to be a significantly cost-reduced model, due a year or two after the first. That model should cut the price in half.