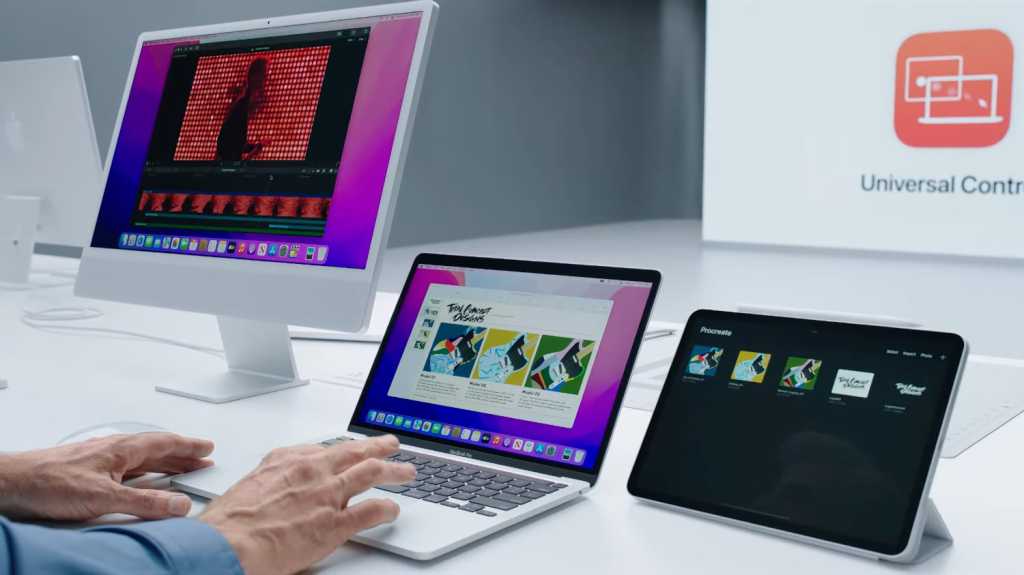 Apple released macOS Monterey 12.1 on Monday, and it’s filled with a lot of new features, including SharePlay. But it’s still missing one major new feature that was delayed from the WWDC announcement and it’s the one we’re all waiting for: Universal Control. As we were downloading 12.1, Apple finally told us the bad news: We’re going to be waiting until next year to get it.

Apple updated its macOS Monterey website with a banner that proclaims that Universal Control will be “Available this spring,” meaning at least late March 2022 and likely closer to June before it arrives. The site previously said “Available later this fall” after it was missing from the launch of macOS Monterey—and for those of us in the northern hemisphere, fall came and went without it appearing in any of the developer or public betas.

In his More Color column for Macworld earlier this month, Jason Snell pointed out that Apple is doing the proper thing by pushing back its release until it’s ready for the public, since “in some ways, Universal Control is the culmination of several features that Apple has been rolling into macOS and iOS for some time.” It’s a “tricky” feature to execute, and Apple need to make sure it gets it right.

Unveiled at WWDC21, Universal Control allows users to connect and iPad to a Mac as an external display by simply positioning the iPad next to the Mac. You use a single mouse and keyboard between a Mac and iPad, and you can even drag and drop files between devices and perform gestures on the MacBook trackpad to navigate the iPad. In the WWDC21 presentation, Apple’s Craig Federighi used a 24-inch iMac, 13-inch M1 MacBook Pro, and an iPad, and was able to move the cursor between all three devices.

Apple has not made any public statements regarding the development of Universal Control. A spring release comes close to WWDC22, where Apple will announce the next versions of its operating systems, so it’s possible Apple adds more functionality before it arrives.