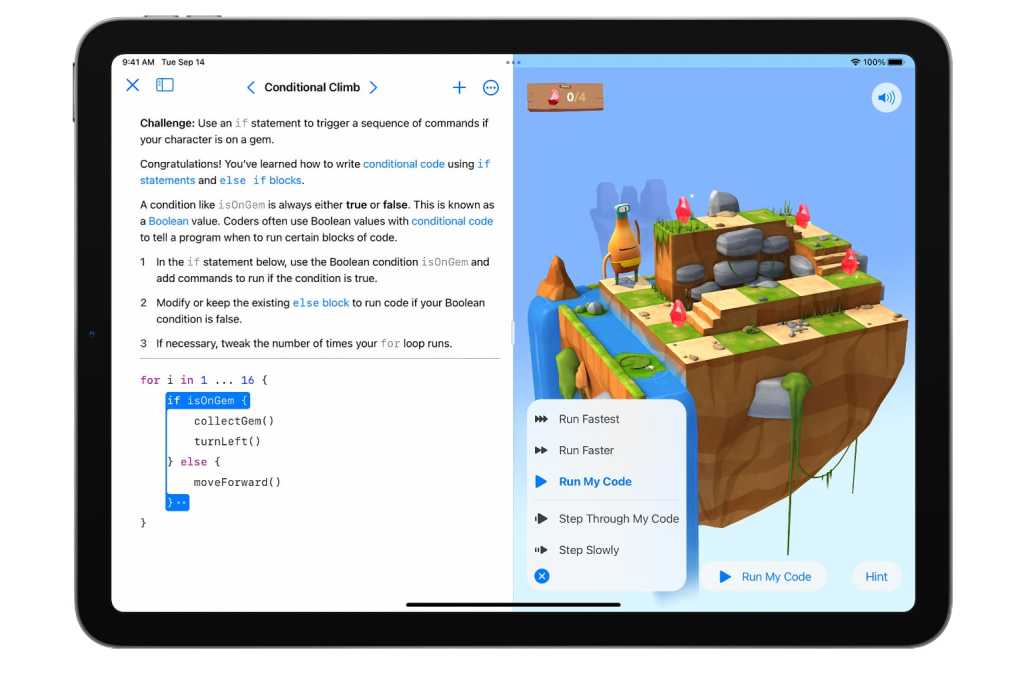 Apple on Wednesday released Swift Playgrounds 4, an iPad and Mac app used to create apps in the Swift programming language. Apple originally announced the app at WWDC but delayed its release when macOS Monterey and iPadOS 15 launched earlier this fall.

Before version 4, a Mac was required by Swift Playgrounds users to submit an app to the App Store, but now iPad users no longer need to switch and can make submissions directly from the iPad. Here are the release notes that list the new features for the iPad version:

• Build iPhone and iPad apps with SwiftUI right on your iPad (requires iPadOS 15.2 or later)

Swift Playgrounds 4 was announced at WWDC21 and its arrival was much anticipated by the developer community. Several developers received an early copy of the app and were impressed with the performance and flexibility of version 4, including Swift guru Paul Hudson who said the speed is “like having an iPhone permanently docked on the right-hand side of your editor.”

Swift Playgrounds 4 for Mac is also available, which now supports version 5.5 of the Swift programming language.

Swift Playgrounds is software that can be used to create apps, but it is designed for people who do not know how to write code, though it’s often used by experienced coders. Playground uses a series of lessons to teach coding concepts, and the lessons become more advanced as the user makes progress. It’s much easier to use than Apple’s major programming app, Xcode, but you can import and export code between Playground and Xcode to be able to use the toolset you want.