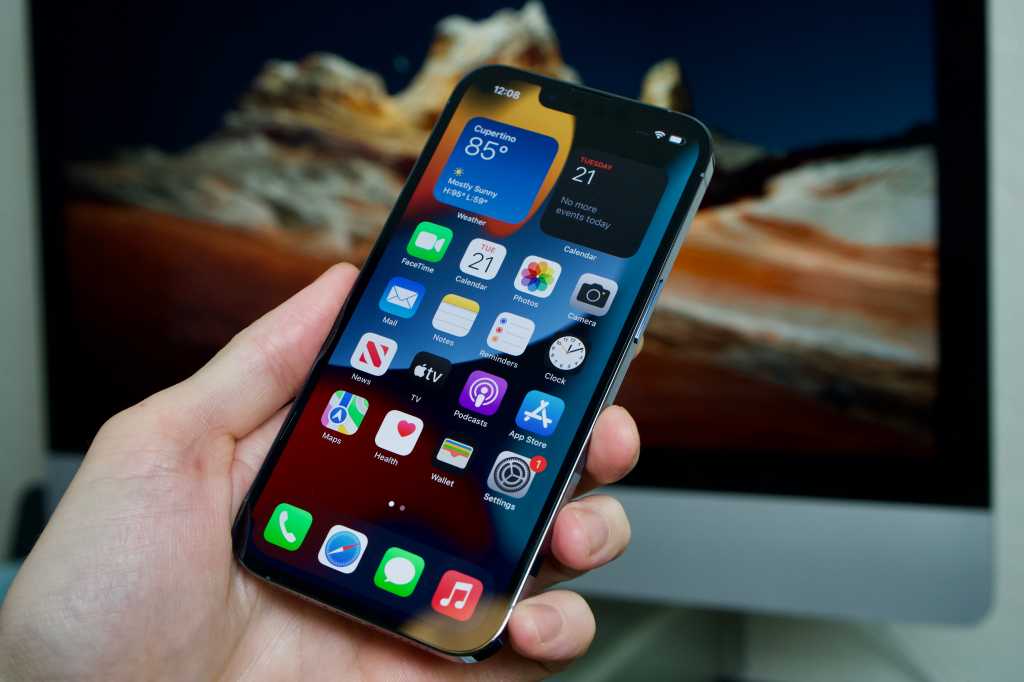 2020 brought a redesigned iPhone, but in 2021 the iPhone was fairly static while the iPad Pro took a big step forward.

Given Apple’s longer cycles for iPhone redesigns, I don’t expect a revolutionary new iPhone to spur sales ever higher. But Apple will tinker around the edges, while spending time upgrading the iPad and launching new products the likes of which we’ve not seen before… from Apple, anyway.

These are my predictions for 2022 for the iPhone, iPad, and the rest of Apple’s non-Mac product line. I’m doing this with the risk of being dead wrong in public, but I’ve been there before and what doesn’t kill you makes you stronger.

iPhone gets tweaks around the margins

The iPhone of 2023 will probably look dramatically different from what we’ve got today, but 2022 will probably not bring much change to the look we’re used to. However, if reports are accurate, Apple will change its offering a bit.

First, the iPhone SE is due for a refresh. Nobody gets excited about the iPhone SE, but it’s important for Apple to create an iPhone with an entry price that’s more palatable in some markets and with some users. And it allows Apple to use older technology that it’s already perfected and keep it around a little longer. I expect a new iPhone SE to look more or less like the current model–like the iPhone 8, in other words–but with a modern A15 processor and an edge-to-edge display with Touch ID embedded in the sleep button, like on the iPad Air and iPad mini.

Meanwhile, as a fan of the iPhone mini, it does not make me happy to relay reports that Apple’s responded to poor sales by replacing it in the price list. I believe the iPhone mini size will return in some form, perhaps on an occasional basis, but I can understand Apple’s desire to see if a different mix of size and feature options might end up selling better. So I’ll sign on to the idea that the fall’s four iPhone models will be an iPhone 14, iPhone 14 Pro, iPhone 14 Pro Max–and a new iPhone 14 Max that brings a bigger screen to Apple’s lower-priced phone line.

I’ll also predict that the lower-priced iPhone 14 models still won’t support the ProMotion display introduced on the iPhone 13 Pro. I’m sure Apple wants to put ProMotion everywhere, but making the non-Pro line of phones wait another year? It seems like an easy way to tempt people to upgrade to the Pro.

Beyond that, I expect that all these iPhones will get the usual assortment of mid-cycle upgrade features–better cameras, faster A16 processor, all that stuff. The iPhone 15 will probably blow our minds, but that’s not a 2022 thing.

iPad features get a boost

Mid-year, Apple will probably ship an M2 chip inside a new MacBook Air. So I’ll predict that by fall, we’ll see new M2-based iPad Pro models, with the smaller one finally getting its upgrade to a high-dynamic-range mini-LED backlit display.

I always make predictions that I want to happen and then regret them later, but I’m going to do it here: Not only will Apple ship a standalone external display that’s much more affordable than the Pro Display XDR, but that display will also be supported by an iPadOS update (probably iPadOS 16) that supports an independent external display. To do this, Apple will need to reinvent windowing for the iPad, but with support for external keyboards and pointing devices already baked in, and a whole new set of multitasking conventions introduced in iPadOS 15, it’s most of the way there. This is happening, people! As soon as Apple ships a proper external display, anyway.

The productivity-focused world has recently fallen in love with note-taking apps that let you quickly link across different notes and build a knowledge web on your devices. One of the major features of iOS 16 will be a new version of Notes that allows cross-linking. It will frustrate everyone who has ever used Roam Research or Craft or Obsidian, but people who just use Apple Notes might think it’s pretty cool.

And proving my consistency in the face of all evidence to the contrary, I’ll wager that 2022 is the year where Apple actually releases one of its “pro” apps for the iPad. My money is on Final Cut Pro, but Logic might be there too. They’ll look great hooked up to that external display Apple’s making. Right?

Finally, let me predict a couple of new products that are in categories Apple hasn’t ever entered before.

I believe Apple will introduce a new piece of home-focused hardware in 2022. Most likely, it’ll be a HomePod with a display and camera. It’ll support Siri, run widgets (and maybe AppleTV apps?), and will offer full FaceTime video support with dynamic panning and zooming via the Center Stage feature currently available on the iPad Air and iPad mini.

I’d like to believe that Apple has a new Apple TV product up its sleeve, one that combines TV, audio, Center Stage, and home automation to create an awesome sound bar that’s also an Apple TV. I really, really do think this product could be great. I hope it exists. But I’ll believe it when it appears, and not a moment before.

The other big new Apple product of 2022: augmented reality glasses. Yes, I think they’re finally going to happen–but you’d be wise to curb your enthusiasm. They’ll look a lot like Meta’s Quest headset, but they’ll offer a massive amount of processing power, great displays, and a very large price tag. I believe the first Apple headset will be positioned as more of a technology exploration–for developers and early adopters to pave the way to the future–and Apple will heavily evangelize AR applications at WWDC, especially to game developers.

And with that prediction comes the next, even easier one: a bunch of people will write about how Apple’s AR glasses are disappointing, and a flop, and a disaster. The Macalope will write many columns pointing out the fallacies therein. And in 2023, Apple will come out with an AR product that improves on the first one, a year of development will have created some great AR apps from clever iOS developers, and the success of Apple’s AR product line will have seemed obvious all along.

Okay, maybe that won’t happen. It will probably be until 2024 or 2025 before Apple gets anywhere near where it wants to be with AR. But that’s Apple for you. It starts down a path and then it ruthlessly iterates on its products until it gets where it wants to go. For augmented-reality glasses, 2022 is the year Apple steps on the path and starts its journey.