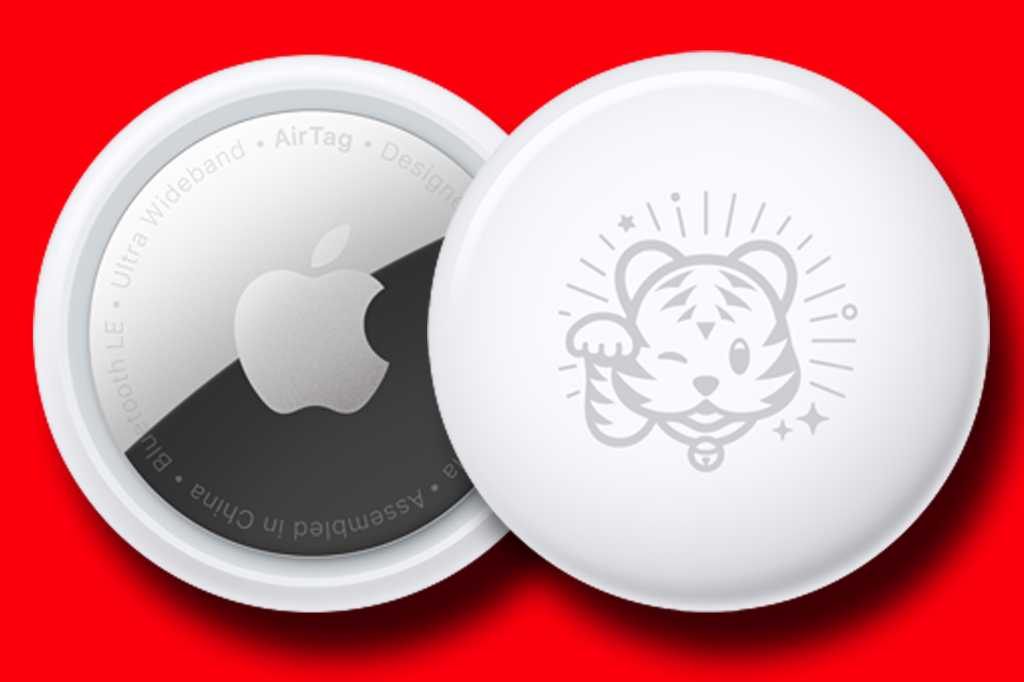 Apple always rings in the Japanese New Year with a bit of pomp and circumstance, but this year’s sale has a little extra bling.

Since the upcoming year will be the Year of the Tiger, Apple has created an adorable cartoon graphic that will be engraved on the back of the AirTag. Like last year’s Year of the Ox AirPods case (which was based on the cow emoji), the design takes its cues from the tiger face emoji but with a fun and very cute design.

While the Year of the Ox AirPods (below) were available to anyone who wanted to buy them, the Year of the Tiger AirTag is far more limited. You can’t even buy one outright. Instead, anyone purchasing an iPhone 12, 12 mini, or SE will receive a custom AirTag limited to just 20,000 units. That makes it an extremely rare Apple device. For comparison, Apple made 12,000 Twentieth Anniversary Macs, which cost $7,499 each.

Along with the AirTag, Apple is also offering a 6,000 yen ($50) with iPhone 12 purchases. There are also gift cards offered with other products, including the Apple Watch SE, iPad Pro, and 13-inch MacBook Pro. The promotion is extremely similar to the 4-day sales event Apple offered between Black Friday and Cyber Monday—except we didn’t get a super-cool AirTag.