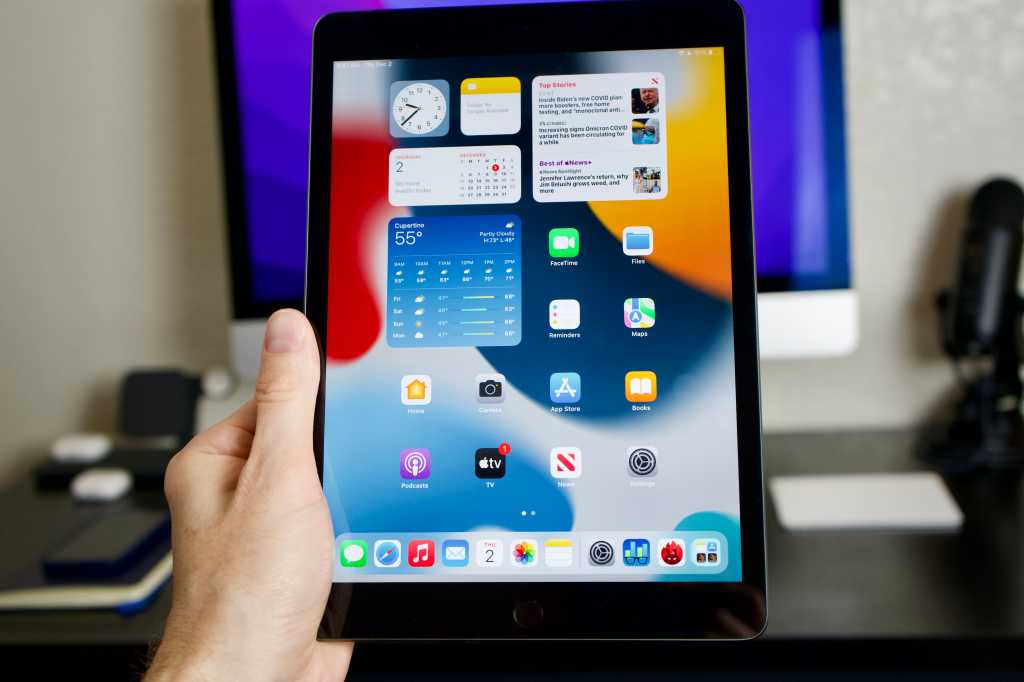 After a holiday season that saw constrained supplies of every iPad Apple sells, the stock is starting to return—so much so that Amazon is discounting it for the first time in months. You can get a 64GB 9th-gen iPad for $299, a discount of $30, and the best price we’ve ever seen for this model.

The ninth-gen iPad is very similar to the 8th-gen model it replaces with two main changes: the processor and the front camera. It has an A13 Bionic processor and a 12MP ultra-wide camera with Center Stage support. Additionally, the display has True Tone and sRGB and you get twice as much storage for the same price. Other than those changes, it has the same design as before, with a home button and giant bezels.

In our 4-star review, we praised the entry-level iPad’s price and versatility, calling it “a very capable device that will prove pleasant to use and last for years.” It’s a fantastic deal at full price, so go grab it while it’s an even better bargain.