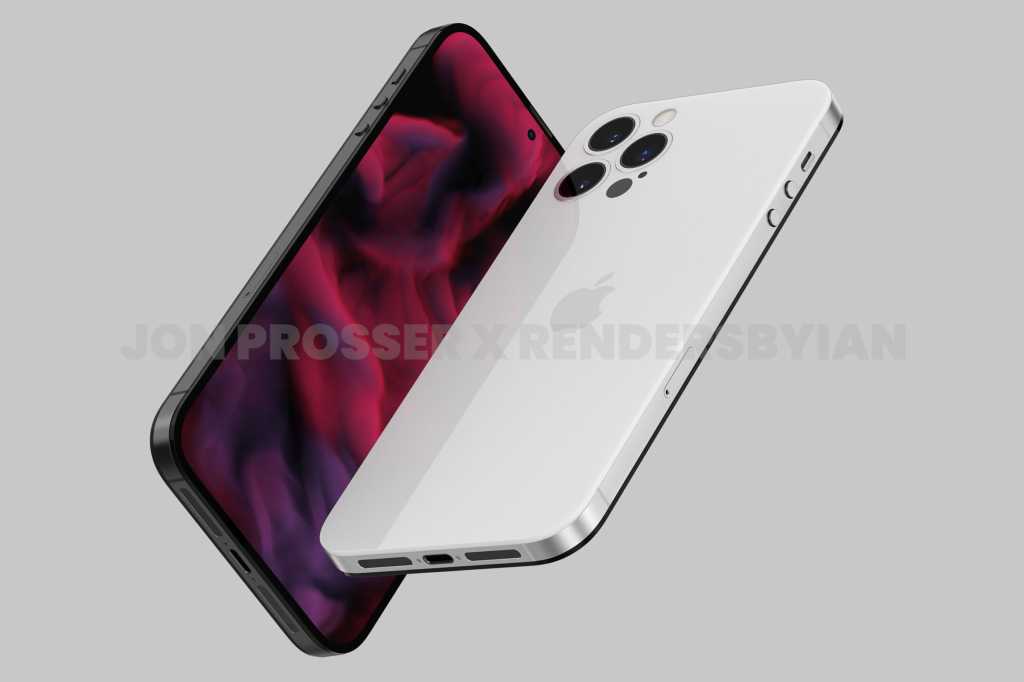 There may be nearly nine months to go until the iPhone 14 launches, but the rumors are already picking up steam. Following reports by Bloomberg’s Mark Gurman and Ming-Chi Kuo that the iPhone 14 Pro would move away from the notch in favor of a hole-punch camera cutout, Dylan DKT on Twitter adds some intriguing new details about the huge design change.

According to the prolific and accurate leaker, Apple is planning to introduce “a hole-punch camera for the pro models of the iPhone 14.” Dylan says the Face ID hardware will be placed under the display for the first time, which could slim the bezels even further. Apple has been able to develop Face ID so “the functionality of these sensors have not been negatively affected by this change,” he adds.

Additionally, Dylan says the hole for the camera will be “pill-shaped,” meaning it will have an elongated design rather than the circle used by most Android phones. It’s not clear why Apple wouldn’t use a circle as previously rumored and rendered (see above), though Samsung has previously used an oval design for the Galaxy S10+ to house two selfie cams. There are no rumors to suggest Apple is moving to a dual-front camera setup for the iPhone 14, however.

The current TrueDepth camera system includes several sensors, including a proximity sensor, flood illuminator, infrared camera, and dot projector, as well as an ambient light sensor. According to Dylan, all of those sensors would now be under the display so as to be invisible to the user.

Rumors suggest that this new screen will be exclusive to the iPhone 14 Pro, with the regular iPhone 14 retaining the notch. That would mark a major change for the iPhone, which has separated its lines by features rather than design changes. Among the other enhancements due for the iPhone 14 Pro are higher-resolution cameras and a titanium finish.