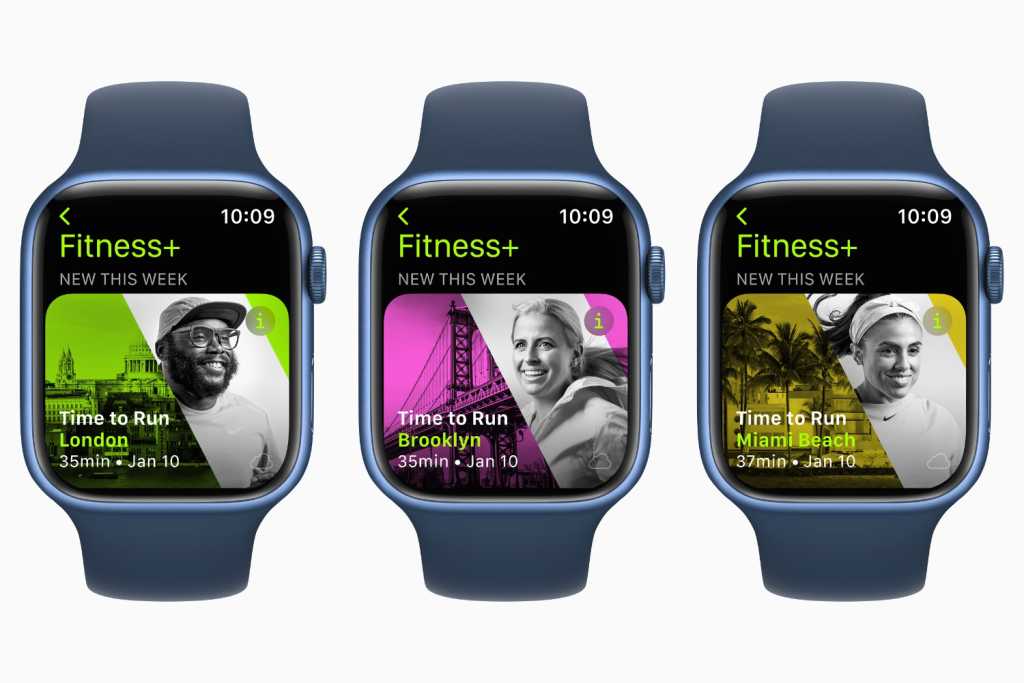 If your New Year’s resolution was to get more exercise, then the new Apple Fitness+ features announced on Friday will arrive right on time. Starting on January 10, two new features will be available: Collections and Time to Run. Apple is also releasing the third iteration of its Time to Walk series.

Time to Run is basically a runner’s version of Time to Walk, where each episode is “focused on a popular running route in some of the most notable and iconic locations.” Episodes feature coaching tips, music curated by Fitness+ trainers, and photos shot by Fitness+ trainer of the route being discussed. Initially, three episodes will be released, with new episodes released on Mondays.

Time to Walk enters its third season with a new episode with actress Rebel Wilson. Other celebrities to be featured include Chelsea Handler, Bernice A. King, Sugar Ray Leonard, Chris Meloni, Hasan Minhaj, and Ayọ Tometi. The new episodes are in addition to the dozens currently available.

Apple is also adding four artists to Fitness+’s Artist Spotlight series. Every Monday, a new series with a workout playlist featuring the artist will become available. The new playlists will feature Ed Sheeran, Pharrell Williams, Shakira, and the Beatles.

Apple Fitness+ is available for $9.99 per month or $79.99 a year or as part of the Apple One bundle. It requires an Apple Watch Series 3 or later for the latest features.