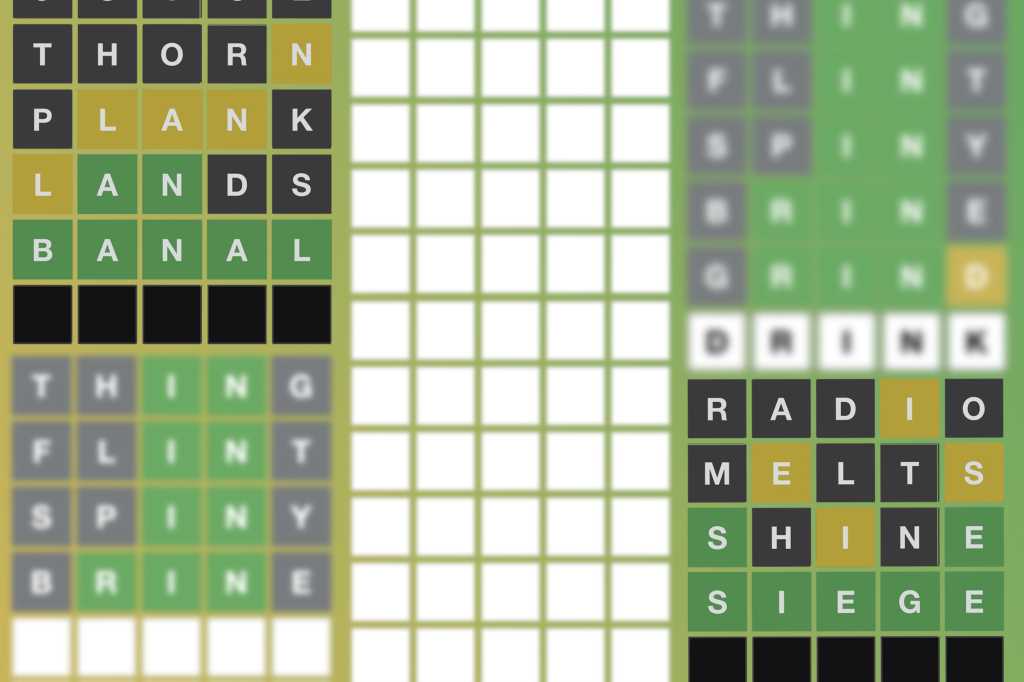 Over the past couple of months, a simple word game called Wordle has taken the world by storm. It’s so simple, it’s not an app, it’s a website. But you wouldn’t know that by browsing through the App Store Tuesday afternoon. Several blatant copycats of the game populated the store’s top app lists brandishing the Wordle name despite being completely unauthorized to use it.

The game, which was created by Josh Wardle, a software engineer in Brooklyn, for his partner, picked up in popularity after it was featured in a New York Times story in early January. Wardle said he wanted to create a game “that’s just fun” without ads or subscriptions. There’s just one game a week, and players share their successes on Twitter via small icon grids that look like puzzles themselves.

Naturally, people rushed to cash in on Wardle’s Wordle. Copycat apps continuously popped up over the past several weeks and seemed to reach a tipping point Tuesday with Zachary Shakked’s Wordle clone. Shakked, who documented his app’s meteoric rise on Twitter, copied Wordle’s look and gameplay while charging $30 a year for full access to the game. He has since tweeted that what he did “was completely wrong.”

His tweets drew a great deal of attention from people defending Wardle’s work, and it seems as though Apple has responded. The page for his and numerous other Wordle games had been removed from the App Store as of Tuesday night.

Apple hasn’t commented on the situation, but it’s rare for the company to take such swift action against copycat App Store apps. It’s common for Apple to target apps that copy other App Store apps, such as Flappy Bird (Flappy Wings) and Threes (2048). As The Verge points out, Apple doesn’t have a specific policy against copycat apps, but it does state, “Don’t simply copy the latest popular app on the App Store, or make some minor changes to another app’s name or UI and pass it off as your own.”

In Wordle’s case, the area is a little grayer since the original game isn’t offered in the App Store. Still, Apple moved surprisingly quickly to remove copycats looking to profit off the craze.