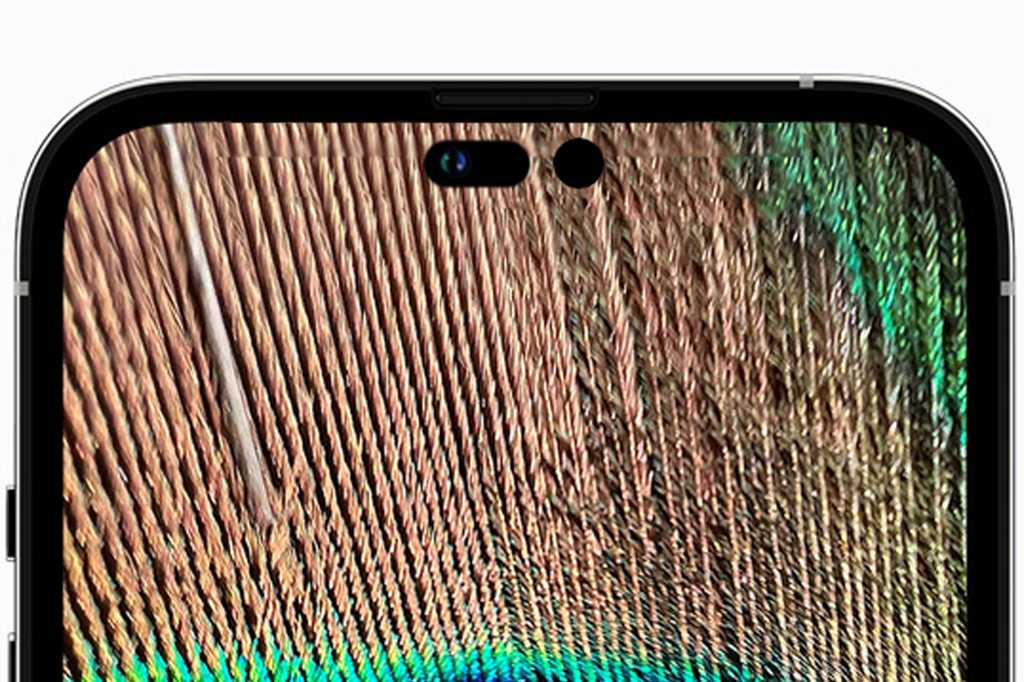 With many months to go until Apple unveils the iPhone 14 to the world, we’re already starting to get a good idea of what it will look like. A flurry of rumors about the iPhone 14 Pro’s new selfie cam landed this week, and as you can see above, it’s going to look a whole lot different than any other phone.

We’ve heard rumors for months that the iPhone 14 Pro will be losing the notch in favor of a so-called hole-punch camera, which we assumed would look like the iPhone’s Android peers.  However, a new report from Display Supply Chain Consultants CEO Ross Young describes a different sort of camera setup that will make the iPhone 14 unique.

Young says the iPhone 14 will use a “hole + pill design” that will feature two cutouts at the top of the device for the front camera and other sensors. He adds that the two-hole concept “will be unique to Apple, like the notch, not similar to all the pill models from Huawei.”

We had previously heard rumblings about a pill-shaped hole with Face ID components under the glass, but a dual-hole design is something we hadn’t seen before. It’s sure to be as polarizing of a feature as the notch, and there’s no doubt it’ll be a characteristic one. But while it will still be visible and in the way for full-screen apps and videos, it’s markedly smaller and less obtrusive than the notch.

Asa far as the rest of the iPhone 14 Pro features, recent rumors suggest it will have a 48MP rear camera, a significant increase from the 12MP camera on the current model.