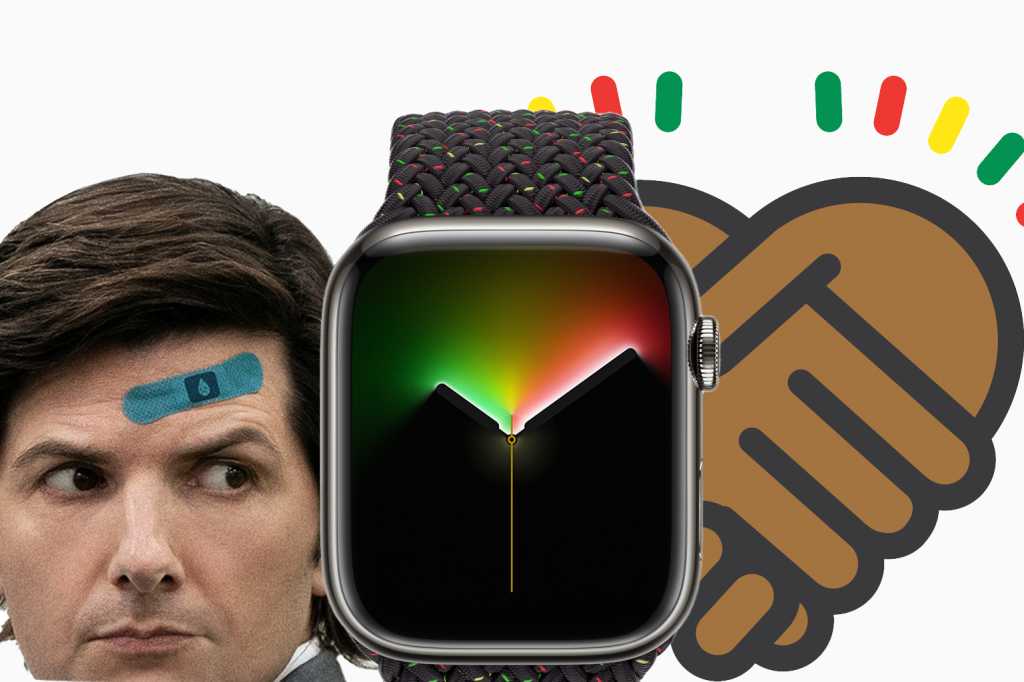 February is Black History Month in the United States, and it sort of dominates the schedule for Apple releases for the month. There’s even a special “Unity” watch band. We don’t expect any major new hardware to be released until later in the spring, but there are a number of software and services releases throughout the month.

Here’s what we expect from Apple in February 2022.

Update 01/31/22: We’ve added information on Apple’s Heart Month features, as well as the new animated series Pretzel and the Puppies.

Apple has a number of initiatives to celebrate Black History Month. Most notably, there’s a special edition Unity Braided Solo Loop band for the Apple Watch for $99 that goes well with the new Unity Lights watch face (available for Apple Series 4 or later). The new watch face and band are inspired by Afrofuturism, one of the ways Apple is spotlighting “generations of Black people who have been seen and unseen.”

Apple is also highlighting black contributors across its services. On Apple Music 1, you’ll be able to listen to special episodes of “The Message” that discuss Black creators’ contributions to culture.

Apple Fitness+ has workouts with playlists featuring black artists, and two new Meditations focused on the themes of gratitude and awareness. Close your Move ring on your Apple Watch for seven days in a row in February to earn the limited Unity Challenge. There will be a new Time to Walk episode on February 7 featuring Ayọ Tometi, one of the founders of the Black Lives Matter movement.

Apple Podcasts will highlight a large array of content from Black creators and shows about Black history and culture. The App Store will spotlight apps that enable Black health and wellness in all areas of life, from financial to physical and mental well-being.

Apple Books will highlight authors that tackle the themes of Black health and wellness. Apple Maps will feature new Guides in select cities that highlight Black history and Black-owned businesses. And finally, you’ll find guest-curated collections by prominent Black creators and stars in the TV app, while Apple News will highlight the work of Black journalists.

We don’t expect any new products in February, outside of the special-edition Unity Braided Solo Loop for the Apple Watch that will be available at select Apple Stores and online.

But we’re getting close to new products. The rumor mill says there’s a new iPhone SE on the way as well as a refreshed iPad Air at Apple’s spring event in either March or April. Also rumored for the first half of the year is a radically redesigned MacBook Air, high-end Mac mini, and 27-inch iMac, any of which could also show up at the spring event. The rest of 2022’s new products—iPhone, Apple Watch, iPad Pro, AirPods Pro, 13-inch MacBook Pro, Mac Pro, and maybe an AR/VR headset—isn’t expected until much later in the year.

Apple released iOS/iPadOS 15.3 and macOS 12.2 near the end of January, and then started the beta-test process for iOS 15.4 and macOS 12.3. It’s possible these will release before the end of February, but a March release is probably more likely as there are a number of new features to test.

iOS 15.4: Among the new additions are the ability to use Face ID with a mask and add notes to Keychain password entries. You’ll also find new emoji, an Apple Card widget, and more.

iPadOS 15.4: Most of what’s new in iOS 15.4 is here as well, but the big-ticket item is the addition of Universal Control, which lets you easily use your mouse and keyboard between both your Mac and iPad and drag and drop content between them.

macOS 12.3: The big addition here is Universal Control, in conjunction with iPadOS 15.4.

As mentioned earlier, you can earn a Unity badge in celebration of Black History Month. Just close your Move ring for 7 days in a row in February.

You can also earn a limited-time Lunar New Year badge to celebrate the Year of the Tiger. Complete any exercise of 20 minutes or more between February 1 and 15 to earn this one.

February is Heart Month, so Apple has a special badge you can earn by completing 30 minutes of Exercise on February 14. Apple will highlight a number of other heath and fitness resources across its services, too.

Here are the shows, series, and movies we expect to release on Apple TV+ in February.

Suspicion: Based on the Israeli series False Flag. Twenty-one-year-old Leo’s abduction from a large, upmarket hotel in central New York is captured on video and goes viral. Swiftly, four British citizens staying at the hotel become the prime suspects. Premieres on February 4.

The Sky is Everywhere: A film based on the book by Jandy Nelson, it’s about a teen who is trying to work through the loss of her sister. Premieres on February 11.

Pretzel and the Puppies: An animated series for preschoolers based on the book Pretzel by Margret and H.A. Rey. Premieres on February 11.

Severance: Mark Scout leads a team at Lumon Industries, whose employees have undergone a severance procedure, which surgically divides their memories between their work and personal lives. This daring experiment in ‘work-life balance’ is called into question as Mark finds himself at the center of an unraveling mystery that will force him to confront the true nature of his work. Premieres on February 18.

Servant: The thriller from M. Night Shyamalan continues with episodes 3-6 landing on Fridays.

The App Store typically has at least a few games listed as “Coming Soon,” but as February begins there are no such titles listed. It’s an unusual situation, but we don’t think it means there will be no Arcade releases through February. It’s possible Apple just doesn’t have apps lined up and ready to go that far in advance, or it could be planning another big push as it did last year when it added 30 new games to the library and adjusted the rules about which titles could quality for Apple Arcade.

Whatever the reason, keep an eye out on Fridays for new Apple Arcade releases.