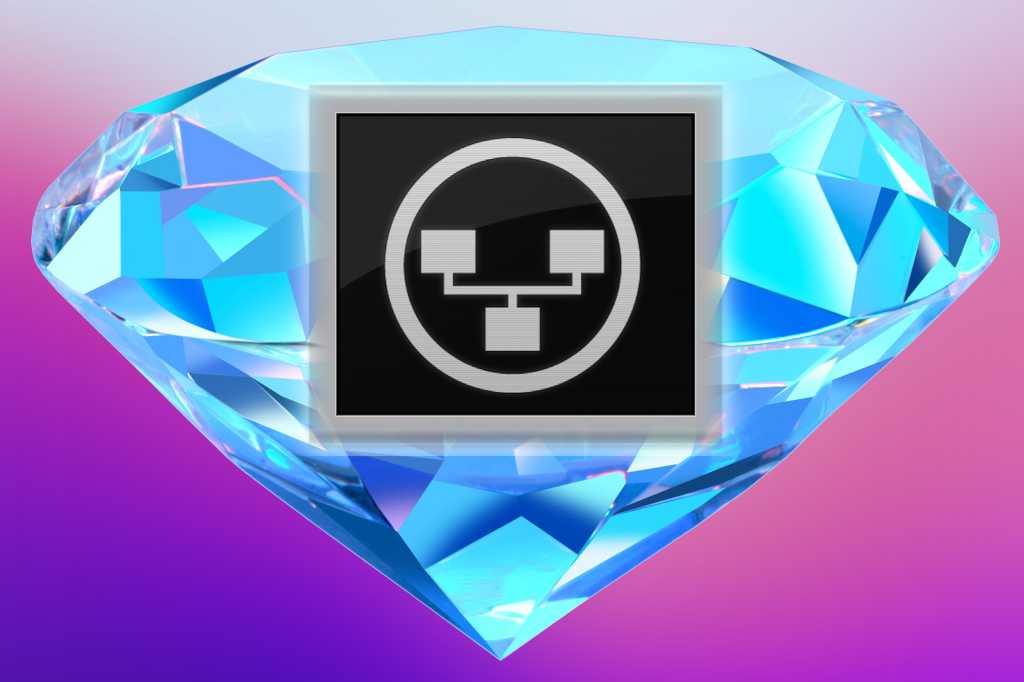 iNet Network Scanner fills multiple Local Area Network (LAN) niches that Apple left empty of easy-to-use tools. How can you quickly see all the devices on your network, the services they make available (like screen sharing, SSH, or file sharing), and even wake them up if they’re sleeping? What’s being shared via Apple’s Bonjour networking? For those with Apple AirPort gear still running, how can you monitor performance and connections without using the creaky and limited AirPort Utility?

You can do all this and somewhat more with the app, which scans your networks and lets you view and act upon the results. iNet Network Scanner splits its offerings into four pieces:

Each of these views can offer different kinds of shortcuts and help for your needs. Scanning the LAN for IP-based services lets you see exactly what’s running on your network (including things you might not know about, even on a home network), and determine their IP addresses. Some hardware lets you connect via a browser or using the SSH (Secure Shell) service but makes it danged difficult to figure out what their address is when they don’t have a display or an easy way to navigate a menu.

Because I have several TP-Link gateways and use DHCP—in which your primary router dynamically reassigns addresses after hardware restarts—I frequently use iNet Network Scanner to figure out the current address of a given router to connect directly via a web browser. (TP-Link offers an app, Tether, that recognizes its devices on a network, but provides limited access to configuration details.) I can also use it to connect directly to a television and receiver on the network when I similarly want to access a detailed web-based administrative interface.

You can also use this view to determine if something is offline. The app retains a history from the last time it’s scanned and can compare the current network state against what it saw. This is also a handy way to determine hardware has become non-responsive.

The Bonjour browser offers a look both at what’s available and what’s gone wrong when you’re troubleshooting a problem. Often, when you can’t connect via an app to an Apple device for a particular purpose, like file transfer or screen sharing, it’s because that device isn’t actually advertising the service. Instead of fumbling around, you can diagnose the problem and fix the other device’s connection or restart it.

iNet Network Scanner devotes a whole view to Wake on LAN, remote access, and SSH-based commands you can send to capable devices, like Macs and other computers. The Wake on LAN feature dates back over 25 years as a networking standard, and I will wager most people have never used it—there’s no easy way to trigger it from Macs or other consumer devices.

This app lets you click Wake to send the appropriate signal to devices that support it. But you can also configure an SSH connection so that you can remotely put a Mac or other equipped device to sleep, shut it down, or restart it.

But it’s very handy: it lets you have your equipment sleep and shift to a low-power mode that’s often typically unreachable from outside your network. You save electrical usage while keeping the device on standby, and it increases resistance to remote attacks. (That’s less of a current issue, but not completely absent.)

iNet Network Scanner provides a huge amount of information about the state of your network and what you can do with it all from the comfort of the Mac you’re working at.

We last reviewed iNet Network Scanner in 2011, when it was simply “iNet.” I wrote: “iNet is a treasure, offering an easy-to-use summary of information that would otherwise need to be compiled from myriad sources using various components of Apple and third-party software.”