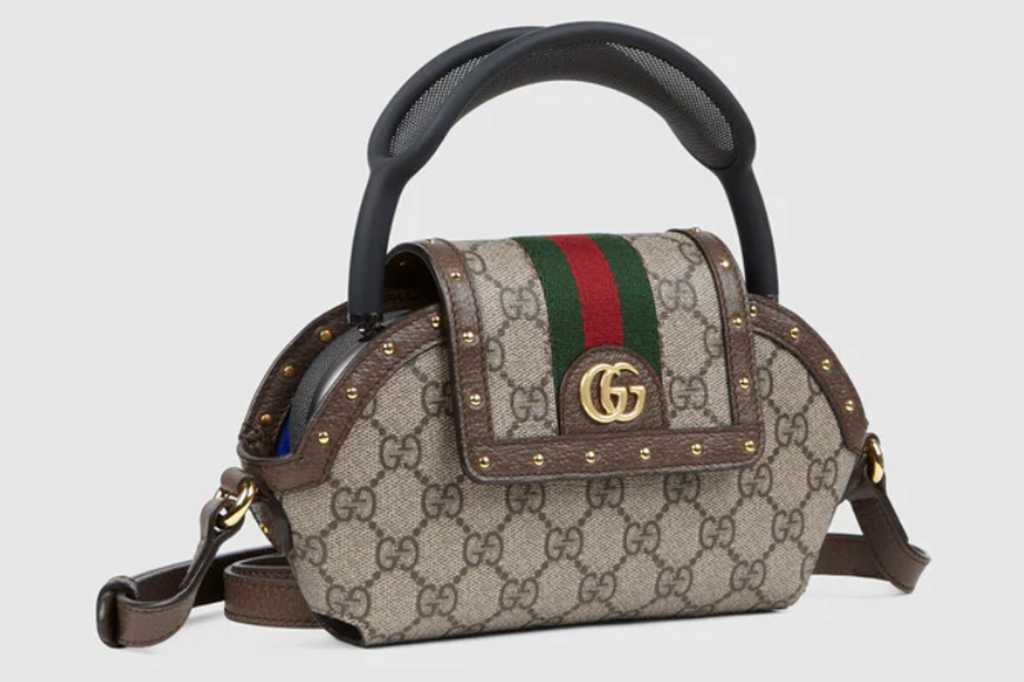 Apple loves fashion. Just adores it, as far as I can see, obsessively and almost uncritically. Sometimes, in fact, you feel like Apple would rather be in fashion than tech–which makes sense when you think about the overlaps. Lifestyle marketing, status symbols, high margins, attention to detail, and the exaltation of the object…are we talking about a slimline laptop or a smart pair of slingbacks?

This love affair has been apparent for a while. I remember working on a feature about high-fashion iPad cases near the start of the last decade. But it became undeniable in 2015 when the first Apple Watch Edition came out, an occasion marked by glossy Vogue ads and catwalk freebies. Rather than wooing the conventional tech press for positive reviews, Apple showed more interest in courting image-makers and celebrities.

This was resented at the time. But in time it was recognized as a logical move because the Apple Watch Edition was fundamentally not a tech product, and should not be regarded or reviewed as such. The logic had changed.

Tech reviews, by and large, are quite a transactional business. We weigh up the good: Does it look nice? Is it easy to use? What functions can it accomplish? And weigh those against the bad: How much space does it take up? How much does it cost? If X is bigger than Y, we offer a recommendation. This product, we say, will increase your happiness more than it lowers your bank balance, ergo you should buy it.

On that ruthlessly mathematical basis, the Apple Watch Edition was a terrible product. A $17,000 wristwatch (enormous value of Y) whose components would be obsolete in three or four years (low value of X). How could anyone possibly argue that it was 34 times as functional as the $500 stainless-steel version with identical components? How could anyone think it looked 34 times as nice as the $399 Apple Watch that had identical features?

The solid-gold Apple Watch is long gone, but now we have the AirPods Max, and more specifically the latest accessory for the AirPods Max from Gucci. The AirPods Max are already pretty far down the money-is-no-object road, with a price tag a couple of hundred dollars or so above what their performance and the price of comparable rival products would lead one to expect. They’re a high-performance set of headphones capable of pouring audio chocolate in your ears, but it’s tough to argue that X is clearly higher than Y.

Gucci’s Ophidia case for AirPods Max in GG Supreme canvas, by contrast, barely tries to argue that X and Y should be in an equation together. It costs $980–not far off twice the cost of the headphones themselves–and in strictly functional terms does essentially nothing the Smart Case doesn’t do already. That’s especially disappointing because the Smart Case was the most widely criticized part of the AirPods Max package. It was crying out to be improved.

The Smart Case doesn’t protect the mesh headband, the most vulnerable part of the headphones; the Gucci case doesn’t protect it either. The Smart Case looks like a weird misshapen handbag; the Gucci case is a weird misshapen handbag. The only improvement I can see is that the Gucci case comes with a leather strap, which means you don’t have to use the headband as a handle and potentially saves it from some wear and tear. But on the downside, I’m not at all convinced that the connection aperture for the charging cable is in a convenient position. If Gucci would like to send me a sample I’ll be happy to test that out for myself.

But once I separate myself from the old tech reviewer convention of things having to justify in functional terms what they demand in cost terms, you realize that it doesn’t matter. The Ophidia case–as hideous as I personally find it on an aesthetic level–operates on a plane of conscious non-functionality. Its purpose is to simply be. Gucci is selling its AirPods Max case to someone for whom money is no object, and there seems to be no shortage of Apple fans who fall into that category.

It’s easy to dismiss tech accessories from fashion brands–the AirTag holders and Apple Watch straps with achingly tasteful photography and stratospheric price tags, the laptop cases that cost more than the laptops they hold. But these objects are suffering because they have trespassed outside of their natural home. We are judging them by the wrong set of standards. Apple is deftly playing both sides of the game and based on this latest quarterly results, winning at both.

Maybe Gucci won’t sell a single Ophidia case. But that’s not the point. The point is Gucci wouldn’t dream of making such a lavish case for a product made by any other company.

So no, I won’t be buying Gucci’s AirPods Max case, as horrifically bad as I find the existing Smart Case. But I won’t be judging anyone who does.