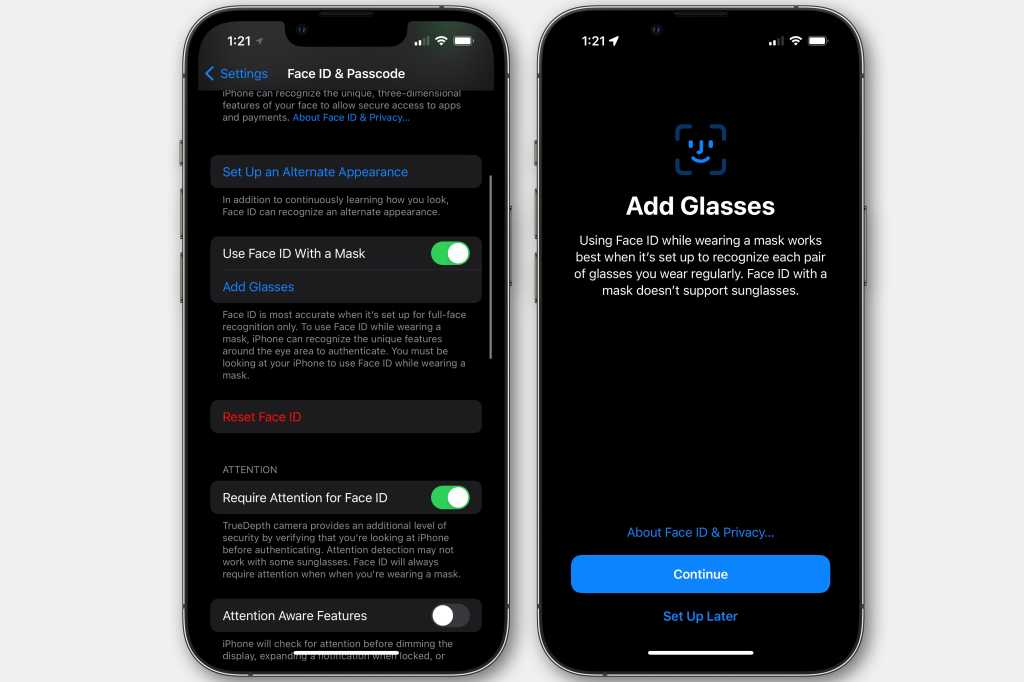 Security has been a significant selling point in Apple’s modern era. The company’s invested a lot in building it into its platforms from the ground up, with innovations like the Secure Enclave, all the way up to user-facing technology like Touch ID, Face ID, and iCloud Keychain.

But in the most recent beta releases of its operating systems—particularly in iOS 15.4—Apple’s rolled out some new improvements that take not only security but also convenience into account. And they demonstrate that, while the company is continuing to take the safety of our devices and information to heart, it also realizes that these are systems that people have to interact with, often many times a day.

Moreover, if you’re peering into the future, you can also see pretty clearly that Apple has further expansions of these technologies in mind, with the aim of continuing to make its products the most secure—and most user-friendly—options on the market.

The existence of iCloud Keychain over the last several years (and the macOS Keychain even before that) has made it much easier to create and manage secure passwords across a variety of sites and apps. But even with some significant upgrades to its iCloud Keychain system in iOS 15—such as the ability to store one-time verification codes—Apple’s built-in offering continues to lag behind standalone password managers like 1Password.

In the recently released iOS 15.4 beta, however, it’s clear that Apple is still trying to improve its system and make it more comparable to those other products. In that upcoming release, Apple is adding the ability for users to add notes to password items. That’s a big feature for those who use password managers to securely store items other than passwords—for example, I use Secure Notes in 1Password to keep track of backup recovery codes for accounts, as well as other secure information that doesn’t really fit the “password” template.

Apple doesn’t necessarily have to put 1Password or other password managers out of business with iCloud Keychain, but it’s starting to feel like these kinds of features are table stakes for keeping its users secure. I’m looking forward to the secure note addition, though I’d also like to see an easier interface for looking up passwords in cases where apps or services don’t support iCloud Keychain (Terminal, for example). Passwords deserves to be its own app or, at the very least, more accessible than it is now, buried inside Settings in iOS or a preference pane in macOS. See our Best Mac password Manager roundup.

Apple’s addition of various biometric authentication features has been widely lauded, and with good reason. Touch ID and Face ID have become the most visible and arguably most successful biometric authentication methods around. And in iOS 15.4, the latter is poised to get better than ever, as Face ID will now be able to unlock your device even if you’re wearing a face mask.

Two years into the pandemic, that’s a feature that’s remained in high demand, though there was some question as to whether it would be technologically possible. Earlier in the pandemic, Apple added a feature that allows you to unlock your iPhone if you’re wearing an Apple Watch that’s already been authenticated, but the new mask-capable Face ID can do things that method can’t, such as unlock third-party apps and let you use features like Apple Pay.

Those are welcome additions, especially for those of us using longer and more complex passcodes (and that’s all of us, right?). But Face ID, which Apple says is even more secure than Touch ID, remains a no-show on the Mac, and given the trade-offs in convenience for Touch ID and Face ID, it would still be nice to see an iPhone (and an iPad) that offers both as options.

Meanwhile, Apple is inching towards a world in which maybe we don’t all have to remember, or even worry about, long strings of arcane numbers and letters for every single website we visit. At last year’s Worldwide Developers Conference, Apple discussed the addition of a framework called Passkeys in iCloud Keychain, which aims to do just that.

This feature is still a “technology preview” (which is to say, it’s not even categorized as a beta yet, and probably won’t be in widespread use for several more years) but iOS 15.4 also adds a new feature for the framework: the ability to use an existing passkey on an iPhone when you log into the same site on your associated Mac or iPad. In theory that means that if you’ve authenticated via Face ID or Touch ID on your phone, you can use that same credential to access the same service on another one of your devices.

Ultimately, this technology will marry the benefits of iCloud Keychain with the ease of Touch ID and Face ID. In the end, that’s the eternal balance of security, and it’s a balance that Apple is clearly continuing to invest in. So that while the company’s products remain the most secure on the market, they also continue to deliver unparalleled convenience.