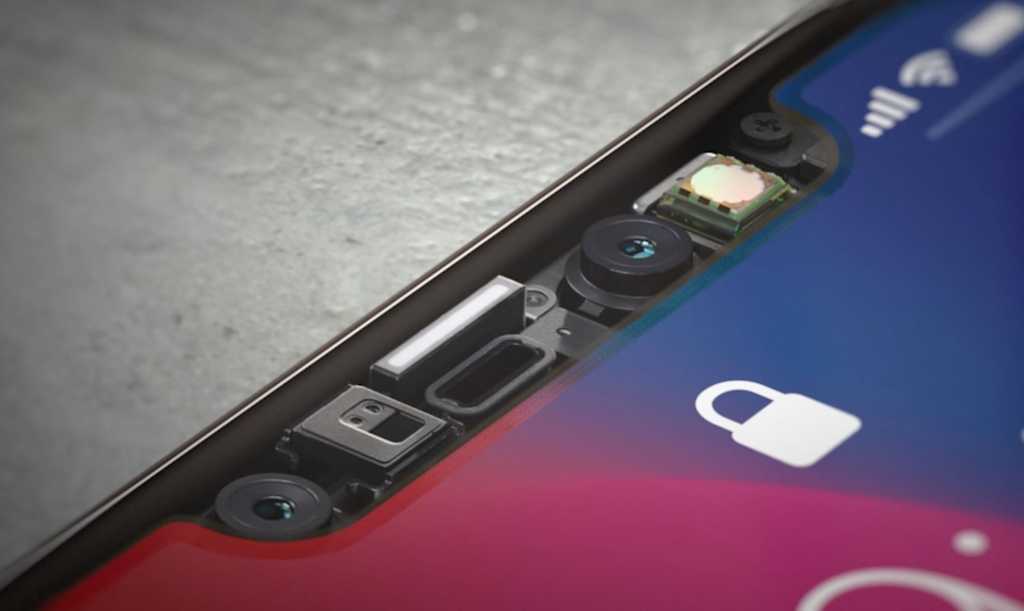 We often talk about our desire to have Face ID on the Mac. Using it to log into our computers is one thing, but being able to quickly and reliably log into apps and services, to auto-fill forms, without even lifting a finger would be a downright magical experience. Touch ID on the latest Macs is great, but waiting for a prompt and then finding the sensor and placing your finger on it…it’s all so slow compared to Face ID. Especially on a Mac, where you’re looking directly at the screen within a few feet as a matter of course—ready for Face ID at any moment.

Apple could even implement nifty new security features, like blanking out your screen as soon as it recognizes that you’ve turned away from it, and showing it again the instant you (and only you) look back.

So why don’t we have Face ID on the Mac? In the latest edition of his Power On newsletter, Mark Gurman says that it actually was “in the cards” for the new 24-inch iMac, but was never even planned for any MacBook model because, “At this point, the technology to embed Face ID into the thin MacBook displays doesn’t exist.” Does that hold water? Let’s investigate.

Too thick for the MacBook?

We get a good look at the TrueDepth sensor array in iFixit’s teardown of the iPhone 13. iFixit doesn’t provide measurements, but it’s easy to see that the latest module shrunk its size considerably by integrating the flood illuminator and dot projector into a single module and moving it to the middle between the infrared and regular RGB cameras. But it’s not really any thinner than before. It’s clearly a few millimeters thick. That’s not a problem for the 7.6mm thick iPhone, but the lid of a MacBook Pro is barely 3mm thick and tapered toward the top where the camera would reside.

So yes, the current TrueDepth module and the components it uses are much thicker than would fit in any MacBook’s lid. Does that mean the technology doesn’t exist? Not really… because the technology to make the MacBook’s lid a little thicker is certainly available. New camera arrays with a thinner profile are possible (they’re used in current MacBooks), which could shave a little size off the TrueDepth module. Combined with adding a little more than a millimeter to the MacBook’s display, it could probably work.

Apple simply doesn’t want to make a thicker laptop lid. Depending on how thick it would need to be to make even a new slimmer TrueDepth module fit, that may be understandable. But the MacBook isn’t the only Mac in Apple sells.

What about the iMac?

The iMac is clearly thick enough to hold a TrueDepth module. Even the super-thin new 24-inch iMac is thicker than any iPhone. At 11.5mm thick, it’s impressively thin but still bulkier than any iPhone or iPad. And there’s plenty of room in the bezel to put it above the display, so having a “Liquid Retina LCD” with a notch in it in the iMac size is not a sticking point. So why not include it there?

Gurman may have been right when his sources said it was “in the cards” for the 24-inch iMac, and it’s not clear why Apple didn’t go through with it. It could be that the software requires some refinement to work reliably on a desktop computer, and it wasn’t ready yet. Perhaps Apple knows that it won’t put Face ID on a MacBook any time soon, and doesn’t want to give desktop Macs a different experience than Mac laptops. Or maybe it’s just penny-pinching, as the TrueDepth module is not inexpensive.

Given that Apple could easily have included Face ID in the newest iMac and chose not to, it seems reasonable to assume it’s not going to appear in a Mac soon. Perhaps the upcoming MacBook Air redesign will feature a slightly thicker display, making room for a redesigned TrueDepth module—but I wouldn’t count on it.

Apple’s reluctance, at this point, is more ideological than technical.

At least give us Center Stage

As great as we think Face ID could be on the Mac, and as disappointing as it is to see the years tick by without so much as an attempt to bring it to some Macs, we can at least hope for a better video experience.

The latest Macs do indeed have an improved FaceTime camera, capable of 1080p video and with much-improved exposure and color. It is, dare I say it, adequate, which is a big improvement over the Mac webcams of just a couple of years ago.

But iPads have a new front-facing camera that takes 12-megapixel photos and has an ultra-wide 122-degree field of view. It combines this wide field of view with a feature that combines digital zoom and some intelligence to keep subjects in the frame called Center Stage. It’s not a new invention (Facebook’s Portal does the same thing, for example) but it’s incredibly useful. And it would be most useful on a Mac, which is harder to reposition than a tablet.

The camera module used in these iPads is a little too thick for a MacBook, but some clever engineering could probably design one thin enough to fit. And if not, it could at least go in the iMac, right?