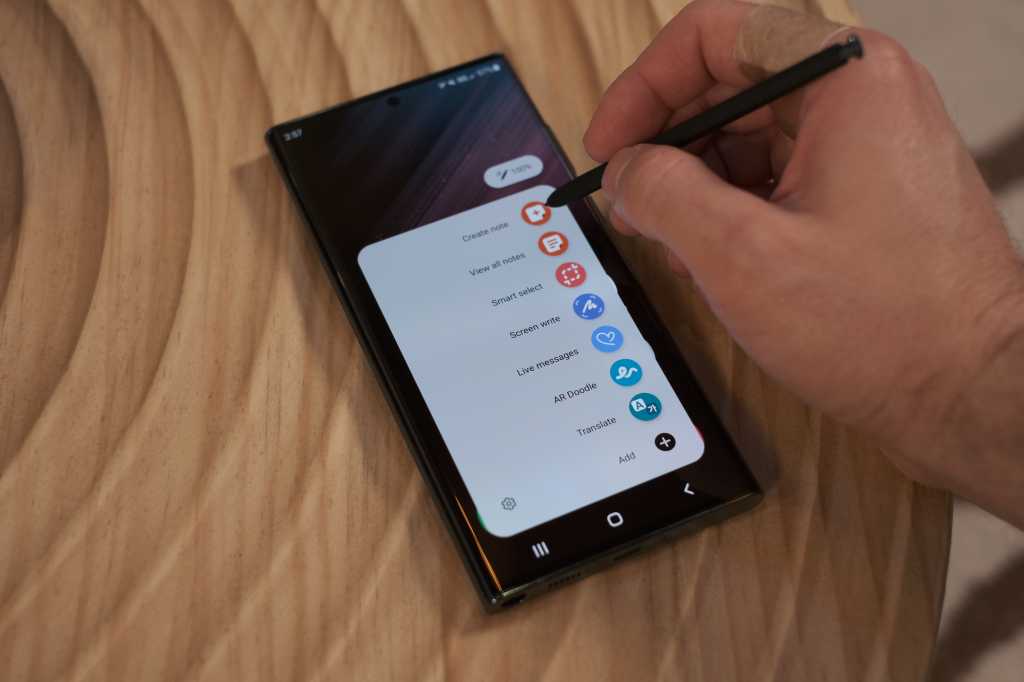 If you missed the news yesterday, Samsung has a new lineup of Galaxy S22 phones. As in the past several years, there are three models to choose from, starting at $800 and topping out at nearly $2,000 with an array of upgraded features.

There are new cameras, new screen sizes, new colors, and a semi-revival of the Note brand, all of which are meant to get us excited about shelling out a thousand-plus dollars for a new phone. The press release is filled with adjectives like “unrivaled,” “celebrated,” “unique,” “elegant,” and “reimagined,” as Samsung tries to convince us that the S22 phones are the greatest ever made.

But when you take a step back, there’s nothing about the Galaxy S22 or S22 Ultra that’s all that exciting. Quite frankly, Samsung probably could have just skipped this release and no one would have noticed.

The cameras are a little better, the battery lasts longer, and they’re faster. There’s very little reason for an S20 or S21 owner to upgrade and even less reason for an iPhone users to consider making the switch. It’s the same story we got with the iPhone 13—Samsung has a new phone because they have to, not because there’s any reason for it to exist.

There are plenty of nice features in the Galaxy S22 phones—even some that iPhone users would want—but a a whole, they’re basically the same handsets Samsung has been trotting out for the past several years. 100X zoom, S-Pen support, AI camera modes, and super-fast charging are fine, but they’re hardly groundbreaking must-have features in 2022.

Part of the problem with the S22 is Samsung loads up its phones with features before they’re ready and then improves them over subsequent generations. The Galaxy line had periscope zoom before its peers, as well as 120Hz displays, stylus support, edge-to-edge designs, etc. It’s hard to get excited about last-year’s new feature finally becoming usable.

Apple has the opposite problem with the iPhone. Nearly all of its recent flagship features appeared on other devices first, including Night and Macro Mode, OLED ProMotion displays, and 5G, and felt more like catch-up features than upgrades. They’re nice to have, of course, but it’s feeling more and more like upgrading our phones has gotten to a point where it’s something we need to do, not something we want to do.

After a decade-plus of premium phones competing annually to one-up each other, we’ve hit something of an innovation wall. Sure, the S22 phones look gorgeous. The new Snapdragon 8 Gen 1 chip and OneUI 4 update will surely be nice upgrades. And we already know they all have great cameras. But those are expected in a flagship phone in 2022. It’s been so many generations since we’ve gotten a premium feature that wasn’t either iterative or completely lifted from another phone that I’ve forgotten what it feels like to be surprised.

The future is bland

It’s not just feature parity, it’s feature stagnation. None of the recent smartphones have given users much of a reason to upgrade beyond simply wanting the latest handsets, and even folding phones are struggling to give users a compelling reason to make the switch. The latest iPhone 14 rumors—hole-punch display, periscope camera, faster chip—don’t move the needle much either. Smartphones are stuck in a holding pattern of updates that rely on incremental chip upgrades, new colors, and a camera feature or two that we’ll probably never use. Yet we’ll still get a new one, year after year after year.

It’s not that people won’t be happy with their new S22 or iPhone 13. Every generation of smartphone is the best ever made, and it’s consistently incredible how much power we have in our pockets. But there’s less of a reason to trot out new models every year as if they are still somehow revolutionary.

It’s not for a lack of features. The S22 and iPhone 13 have more sensors and chips than they know what to do with, things like Lidar, ultra wideband, the A15 chip’s Neural Engine that have limited functionality but are marketed as important new features. Perhaps Apple and Samsung are developing software that will eventually unlock their potential, but it’s equally likely that we’ve already seen all they can do.

Maybe folding phones are the future or maybe AR headsets will show us all a new way forward. The S22 is nice. So is the iPhone 13. But it’s hard to get excited about them when we’ve seen it all just 12 months ago.