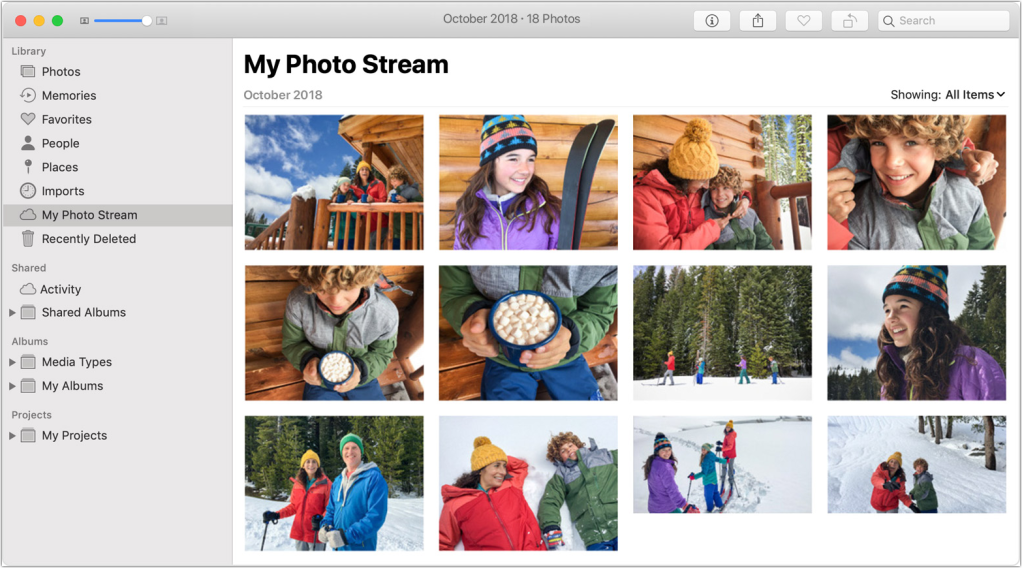 My Photo Stream was Apple’s first pass at letting you sync photos (not videos) across all your devices linked to a single iCloud account. The service, which started with a different name, lets you stream the last 30 days of photos you’ve taken or added to a Photos library on any device (including Apple TV) on which you’ve enabled My Photo Stream. Only the most recent 1,000 images within 30 days appear on iOS and iPadOS devices.

But some Mac users have noticed that My Photo Stream seems to have disappeared for them, myself included. You can find posts on Apple and third-party forums dating back as long as a few years asking why it went away without explanation from their settings.

Apple has not made any formal announcement about ending My Photo Stream but it has effectively limited its use in ways that make it available only to a shrinking subset of iCloud users.

iCloud Photos: If you have iCloud Photos on, Apple removes My Photo Stream options from iOS/iPadOS settings and the Photos app in macOS. The album also disappears from all your Photos apps and you can no longer use it with an Apple TV logged into your iCloud account. It’s unclear when this change happened, but I can’t find that Apple alerted users to the change.

Newer Apple ID: Apple notes on the My Photo Stream how-to page, “If you recently created your Apple ID, My Photo Stream might not be available.” It doesn’t define “recently” but a search of the Internet Archive’s WayBack Machine reveals that language first appeared in August 18, 2018. That’s a broad definition of recently.

As a result of those changes, you may not have access to My Photo Stream. Some people on forums don’t meet those two tests—they have an old Apple ID and aren’t using iCloud Photos—but still don’t see My Photo Stream settings or albums on their devices. Apple may be killing the service more subtly than it has documented.

This isn’t surprising as Apple never kept My Photo Stream current with newer features. It could never stream videos and the working version of it still can’t. But it also never gained support for Live Photos—if you have Live Photos enabled on your iPhone or iPad, a default option, none of those images appear in the stream.

iCloud Photos is far better than My Photo Stream. It keeps all your media (photos, video, and Live Photos), not just recent images, and gives you the option to store optimized thumbnails or full-resolution images while also having the full-resolution versions backed up to your iCloud storage.

But iCloud Photos also drives revenue. Where My Photo Stream was included as just another feature available to anyone with a free or paid iCloud account and didn’t count against storage, every byte synced with iCloud Photos does count against your storage tier. Almost everyone will have to upgrade from the free 5GB tier and pay for at least the 50GB flavor of iCloud+ to use iCloud Photos.

Google Photos—which syncs fairly well across iOS, iPadOS, and macOS—once offered a sort of middle ground between My Photo Stream and paying for additional iCloud storage. You could opt into a free Google Photos tier for photo and video syncing and storage that had a limit on the maximum photo resolution and video size; it downsampled anything above those limits. However, while the apps and service still exists, Google discontinued its option for unlimited free capped-resolution storage. You have to pay Google for a storage plan for more than 15GB total across all their linked services, including Photos, Google Drive, and Gmail.