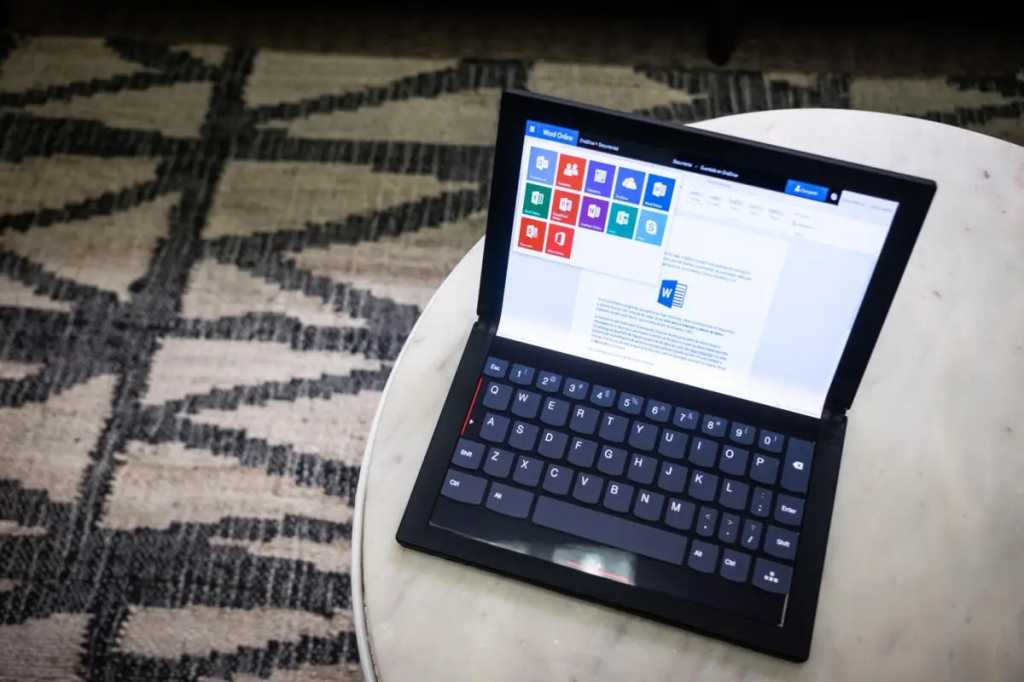 When I heard last week that Apple was working on a 20-inch MacBook with a folding screen, I was intrigued. Now that I know more about what Apple is planning, I’m a lot less enthused.

According to Mark Gurman of Bloomberg, the rumor by Ross Young of Display Supply Chain Consultants is true: Apple is indeed working on a “foldable” laptop. Gurman corroborates Young’s report that Apple is looking at displays upwards of 20 inches, and adds some details about how the device could work:

“The company could go with a foldable 20-inch screen attached to a physical keyboard or just have one side of the display serving as a virtual keyboard. I’m told Apple has indeed been exploring a dual-screen, foldable MacBook/iPad hybrid that would take the second approach. It would trade in the physical keyboard and trackpad for a fully touch-screen base.”

That sounds pretty awful. If a folding Mac or iPad isn’t going to open up from a smaller display to a larger one, there isn’t much point. If the lower half is a keyboard for the majority of tasks, you’re going to have to keep it folded most of the time. And while an on-screen adaptable keyboard could be cool for some things, like editing movies or drawing, it doesn’t add much more than an actual keyboard would.

It sounds similar to Lenovo’s ThinkPad X1 prototype. While it looks cool in pictures and would generate a healthy amount of buzz if it ever released, it ultimately seems like a gimmick and not a very useful one. There’s a reason why Apple sells a Magic Keyboard for the iPad Pro—typing for long stretches on a virtual keyboard isn’t great. It’s fine for short bursts like texts or the occasional long email, but for regular work, nothing beats actual keys. Even with haptic feedback, a virtual keyboard would be a worse experience than even the much-maligned butterfly keyboard.

Granted, these rumors are several years out and may never see the light of day. I don’t know what a folding iPhone or MacBook should look like, but I’m fairly certain it shouldn’t revolve around a virtual keyboard. I’ve been one of the people clamoring for a hybrid Mac-iPad device that combines the best of both worlds, but I’m hoping that this rumor is based on very early prototypes. We finally got rid of the butterfly keyboard and the Touch Bar, and the last thing we need is another keyboard everybody hates to type on.