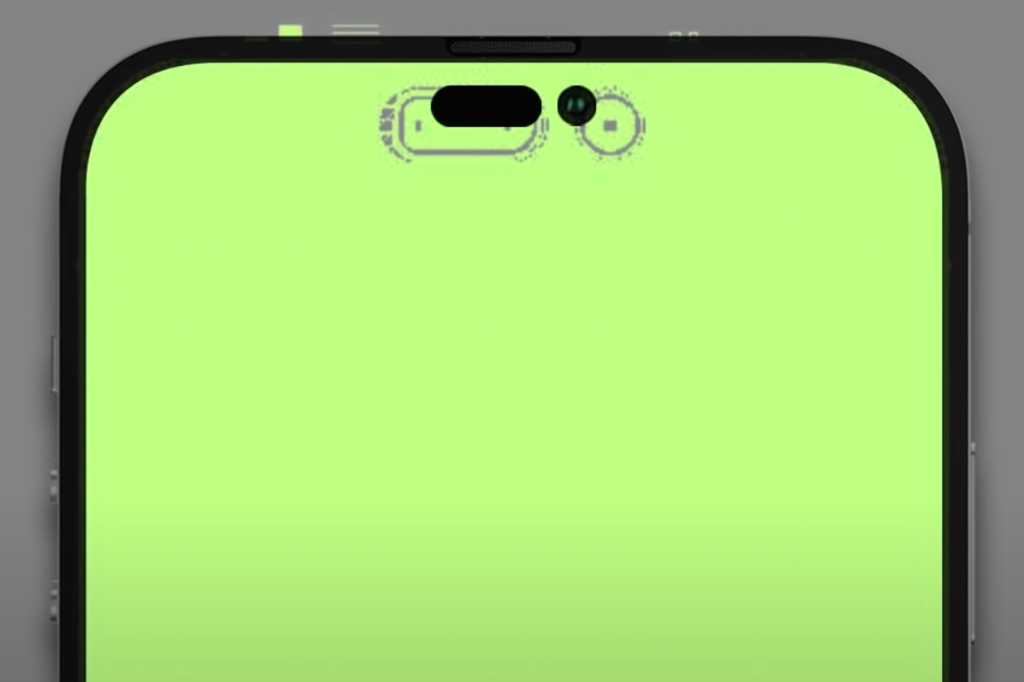 The iPhone 14 is still many months away, but a near-complete picture has already emerged. Most notably, the iPhone 14 Pro and 14 Pro Max are rumors to be getting rid of the notch in favor of a hole-punch camera like the Galaxy S22 and other popular Android phones.

But the latest rumors suggest we might not actually be gaining much. After learning earlier this year that there would be two holes in the display—one for the camera and another for the Face ID sensors—Jon Prosser of Front Page Tech now reports that the cutouts may actually be a lot bigger than we originally thought.

In the latest episode of his YouTube show, Prosser shows leaked iPhone 14 Pro schematics of the front display assembly that show the dual-camera cutout that matches up with the latest rumors of one circular cutout and another pill-shaped one. However, when superimposed over renders, which used existing Android phones as a guide, the holes are much larger.

The non-Pro iPhone 14 is expected to retain the notch, so it makes sense that Apple would want to keep some visual symmetry between the two lines. A larger cutout would match up relatively well with the depth of the notch while carving away some of the space around it.

Other changes expected for the iPhone 14 are a faster chip, more RAM, and upgraded cameras. It is expected to launch in September.