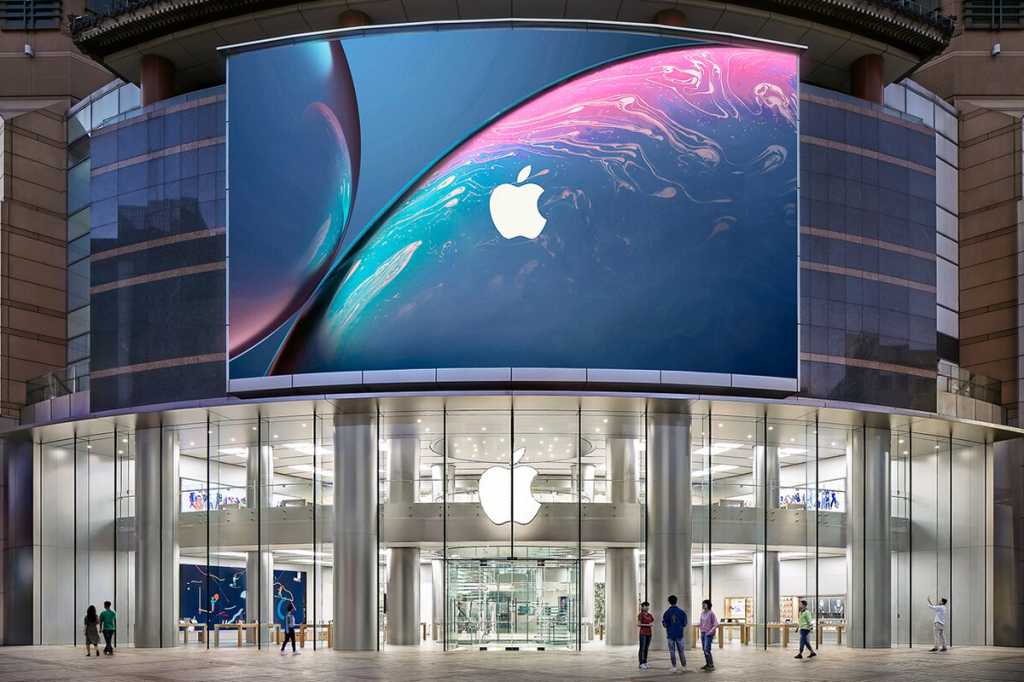 Reaction to Russia’s invasion of Ukraine has been unprecedented, from financial sanctions to seized assets to the de-platforming of Russian state-funded media from social networks. One of the most interesting wrinkles happened Tuesday when Apple said in a statement that it had “paused all product sales in Russia” and removed RT News and Sputnik News from the App Store outside Russia. Mykhailo Fedorov, deputy prime minister of Ukraine, credited Tim Cook with the move.

I applaud Apple joining with many governments and companies to sever ties with Russia. But make no mistake: Apple can afford to do so. While the company certainly makes money in Russia, it can afford to walk away… permanently, if it needs to.

Apple can’t do that with China, should that country decide to act in a similar fashion as Russia.

For decades, there has been global concern about the status of Taiwan, an independent democracy that China considers a fundamental part of China. What if China decided that it was going to take Taiwan by force? It’s a scenario that has troubled military strategists–and the people of Taiwan–for a long time.

If China were to attempt to take control of Taiwan, the world would not be particularly concerned with the fate of one technology company, given the larger stakes. But Apple’s ties with China are so tight that, no matter the reason for a major fall-out in relations between the U.S. and China, the company would be put in a brutal spot. Cutting ties like it did with Russia on Tuesday would not be an option.

Apple issued a statement to BuzzFeed News regarding its recent actions in response to Russia’s invasion of Ukraine.

Tim Cook has been bullish on China for a long time. Under his watch, Apple has expanded its retail presence in China, added iOS support for Chinese social networks and functions, and built a very successful business–not just by selling iPhones, but also record numbers of Macs and iPads, too. Apple generated $72 billion in revenue in its Greater China region (which includes Taiwan) during the calendar year 2021.

Apple likes making money. China is an enormous market with a rapidly growing middle class with money to spend on Apple’s products. And so Tim Cook and Apple perform a balancing act as one of the Western companies that’s most relevant inside China.

If something terrible happened and Apple had to forego all that revenue, investors would be sad, to be sure. But there are other markets. Apple would carry on.

The true threat of a rupture in relations between the U.S. and China comes from Apple’s deep integration with Chinese factories to assemble its products. As the saying goes, “designed in California, assembled in China.” The vast majority of Apple’s products are built in China, and while your average iPhone contains parts made all over the world (including the U.S.), easy access to Chinese parts manufacturers makes China the perfect place for Apple (and many other companies) to assemble their products.

If China suddenly ceased to become an option for Apple when it comes to manufacturing, that’s… really, really bad for Apple. Even if it could source all the parts it needs elsewhere, it has not yet shown much capability to build most of its products outside of China. (The company does build a few products in other countries, but they are frequently assembled only for in-country use to bypass import taxes, or to please local politicians.)

Despite the reliance on China being a clear sore spot, there has been little reporting of Apple building additional manufacturing capacity outside of the country. Of course, if Apple is planning on reducing its reliance on China, it probably would keep it as quiet as possible–because China would no doubt be unhappy about any such press.

But I have to think that Apple executives take this issue very seriously. It’s the company’s greatest vulnerability, by far.

(And let’s not forget that Apple’s chips are made by TSMC, a Taiwan-based manufacturer. Any military action in Taiwan would threaten the source of Apple’s chips, though TSMC is investing in new chip capacity in America.)

China likes having Apple around

One of the truths of modern international relations is that the more interdependent the nations are, the harder it is for them to go to war with one another. That’s one reason why the Russian invasion of Ukraine is so shocking–and one reason why companies and countries are scrambling to cut ties with Russia.

But just as Apple has come to rely on China, the truth is that China has come to rely on Apple and other corporations. Chinese citizens would surely be unhappy if they could no longer buy Apple products. The technological supply chain, including Apple’s factories, helps power China’s economy.

In the case of a rupture, it might not be as easy for the world to cut ties with China as it has with Russia–Russia’s economic contributions to the world almost entirely involve oil and gas. Certainly, Apple couldn’t afford to.

Just as I hope the conflict in Ukraine ends soon (and with Ukraine remaining an independent democracy), I hope there’s never a conflict with China that causes a similar breakdown of connections. But this week serves as a reminder that Apple is extremely dependent on a single country, not just for money, but for manufacturing. It’s probably wise if the company made sure that fewer eggs were in that particular basket.