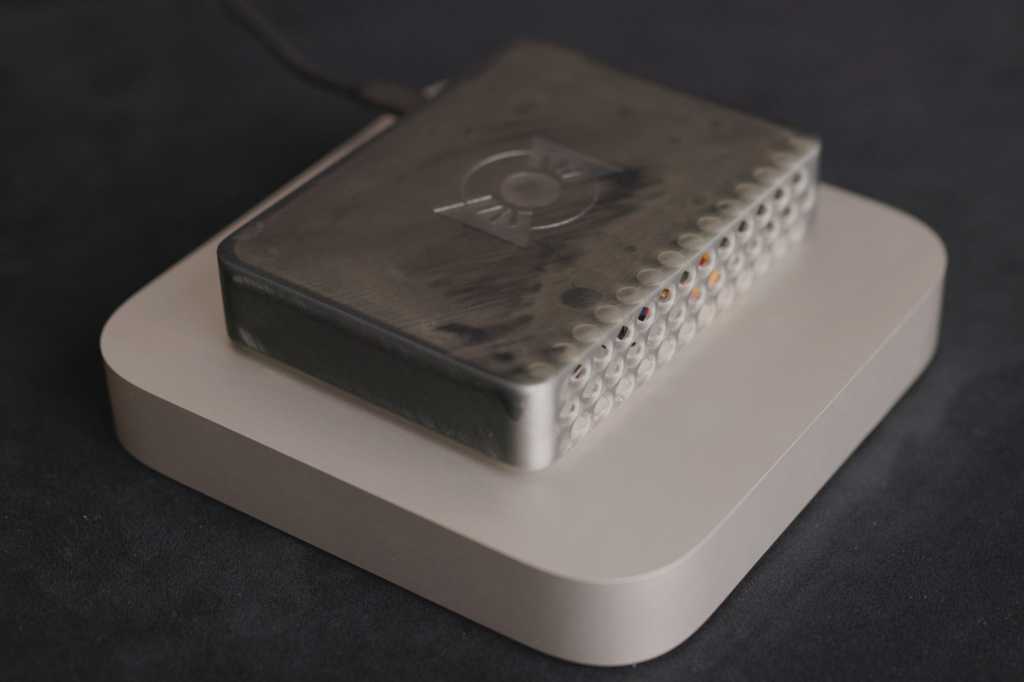 The Mac mini is Apple’s smallest computer Mac. [Editor’s note: Actually, Roman, the Apple Watch is Apple’s smallest computer. But we digress.] People have used its size to make cool things, such as robots, entertainment systems for cars that don’t have CarPlay, media servers, and case mods. But what if it were even smaller? Imagine the possibilities!

While we wait for Apple’s rumored Mac mini redesign, YouTube channel Snazzy Labs took matters into their own hands and made a mini version of the M1 Mac mini. They documented how they did it in a very intriguing and entertaining 16-minute video, which you can watch below.

The M1 Mac mini already has a lot of empty space due to the differences between the old Intel and new Apple silicon chip, but Snazzy Labs figured out how to gain even more space. They replaced or got rid of oversized components, 3-D printed a case, and then put the whole thing together.

The video is well worth watching, especially if you’re interested in Apple’s design and engineering. Host Quinn Nelson explains that the fan in the M1 Mac mini doesn’t really need to be there at all, and the power supply is unnecessarily big—adjusting for these two components is where most of the “fat” was trimmed.

According to Nelson, their Mac mini runs just like an off-the-shelf Mac mini, without any hiccups in performance at all, which makes sense since the iMac and MacBook Air don’t have fans.

If you watch the video and you’re feeling inspired, Snazzy Labs has posted the assembly instructions so you can make your own mini Mac mini. They’ve even provided the files for printing the case and its internal brackets, though you’ll have to figure out how to get them printed in the first place.

Apple is hosting its Peek Perfomanance event on March 8. It’s possible we could see the company reveal a new Mac mini, but will it be smaller? We’ll have to wait and see.