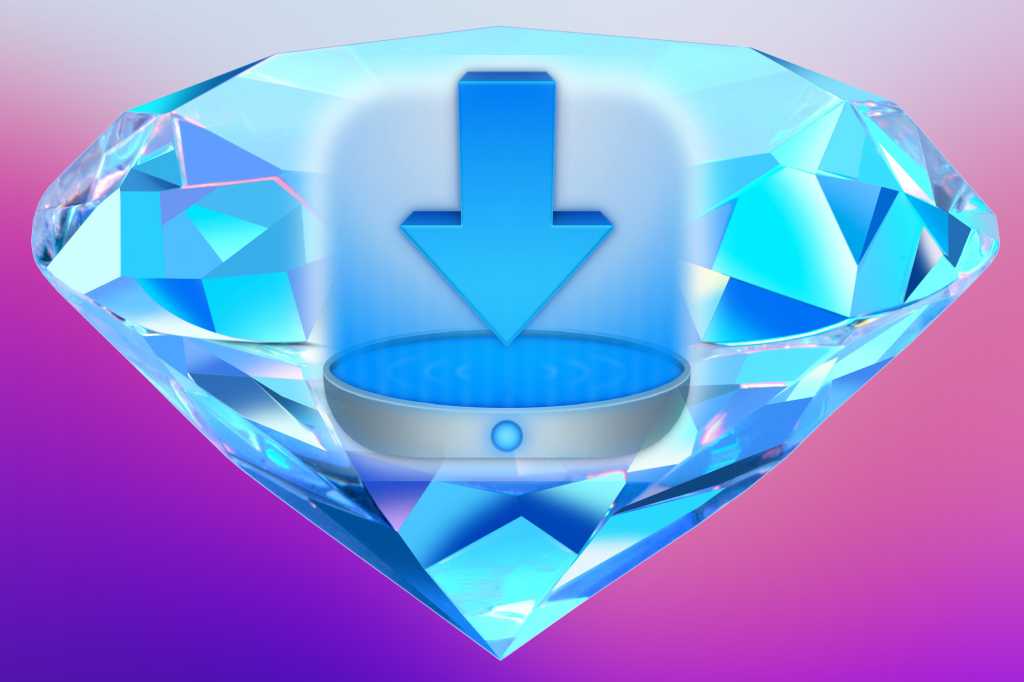 Apple invented skeuomorphic drag-and-drop: you see things like that look like documents, drives, folders, and images on a virtual desktop, and you can drag them to new locations, including nesting them in other folders. For around 40 years, that physical/visual metaphor created by the late Jef Raskin has remained fairly static in how it operates within the macOS Finder.

macOS doesn’t offer a staging center for drag-and-drop. The closest is creating a folder on the Desktop into which you’d drag items, but macOS limits the kinds of items you can easily place into such a folder. The Yoink utility from Eternal Storms Software might be some new growth at last beneath the Apple tree. Introduced over a decade ago, Yoink provides an intermediate place to deal with dragging items from the Finder, from the Clipboard, and from other places until you’re ready to put them to use.

Yoink manifests itself as a pop-out window that appears whenever you drag an item or selection in the Finder or any app. (You can customize when and where it appears.) You can move in text from word processors that treat selections as draggable, drag and drop an image from a web page or within an app, and copy in email messages from a mail app, among many other actions.

The app also lets you easily access the Continuity features Take Photo and Scan Document that pair with an iPhone or iPad. You normally have to invoke those image options within another app, like Preview. Yoink lets you pull either up within its shelf and retains the images produced.

The shelf creates a separate stack for each item or group of items added. You can then act on each of them separately or together, including grouping or ungrouping items. Actions can be as simple as dragging items to another location in the Finder after collecting them across multiple apps. Or you might drag a set of images into a web-page editor, email message, or word-processing document.

Yoink supports typical macOS operations available in the Finder, like force-copy, which leaves the original in place if it would otherwise be moved; force-move, which always deletes the original and makes a copy in Yoink; QuickLook for preview; as well as renaming, moving to a specific location, or deleting the item or items.

The app lets you install a PDF service (via Preferences > Extensions), so you can save a PDF into its shelf directly from a Print dialog. You can also use F5 as a shortcut for multiple actions: tap to show/hide the shelf; double-press to save the Clipboard’s contents; and long press to restore files that were just removed.

Also included in Yoink is Clipboard history, an option you can enable to retain up to 36 previously copied items. Every time you use the macOS Copy or Cut feature, the Clipboard’s contents are added to Yoink’s Clipboard History. While not as rich or offering as deep a history as standalone Clipboard-extending apps like PasteBot, it’s a nice adjunct. You can view Clipboard History in its own window or via a highly configurable widget. The developer has a blog entry that explains privacy features built into this feature. (Clipboard History left Yoink with the release of Big Sur due to significant changes Apple made in handling user actions. It returned starting with a February 2022 release of the app.)

Yoink lets you set apps to ignore dragging and Clipboard copying operations so that you’re not bothered in software that you actively don’t want to store items for later retrieval.

You can get a 30-day free trial of Yoink via Eternal Storms Software’s website and purchase it via the Mac App Store for $8.99. It’s also part of the Setapp subscription service. The minimum macOS required is 10.12 Sierra.

Yoink is the app you didn’t know you needed until you installed it. It’s the third arm that the Finder and macOS were missing for handling the miscellaneous movement and collection of digital items that are part of our daily workflow.

Yoink was last reviewed at the release of its version 2.0 in Mac Gems in 2012.