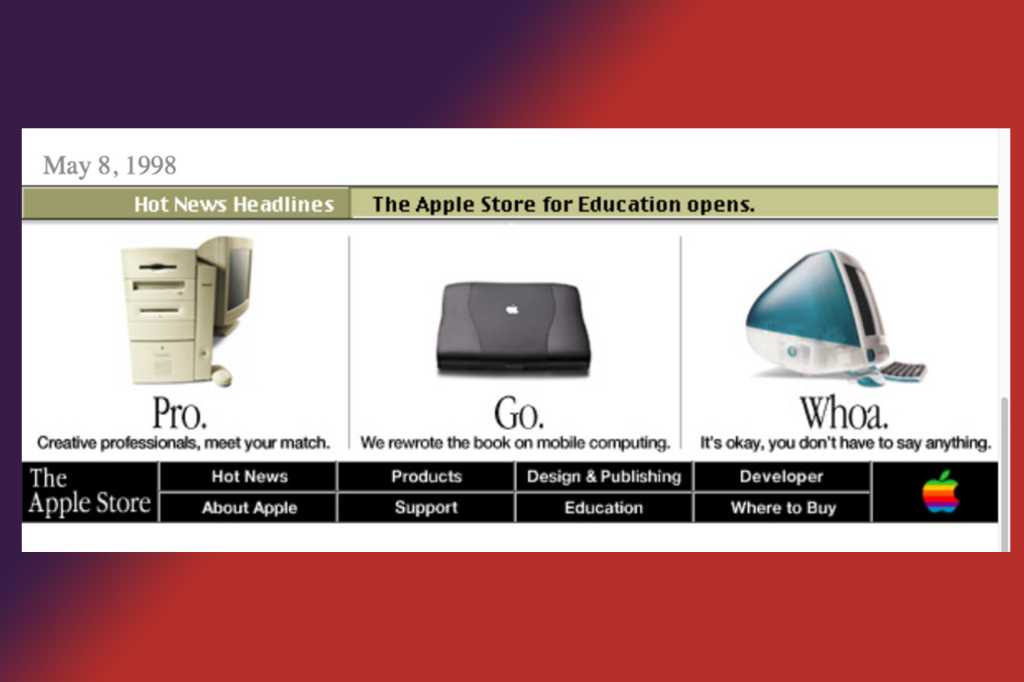 With just a few hours to go until the “Peek Performance” event kicks off, expectations couldn’t be higher.

And Apple is getting in on the fun too. In a tweet sent out to remind fans of the event, Apple is teasing that it’s “Almost whoa time,” a clever word choice that seems to be more than just a pun. “Whoa” obviously implies something big, but it also has ties to one of the most monumental launches in Apple’s history: the iMac.

Apple used the tagline “Pro. Go. Whoa.” to tease an event on May 6, 1998. That fateful presentation outlined a new strategy that was “as simple as the Macintosh” and broke down Apple’s Mac lineup into three categories: Pro (Power Macintosh G3), Go (PowerBook G3), and the breakthrough product unveiled that day, the iMac (Whoa). It was a major moment for Apple that transformed the company into the iconic computer maker we know today.

Will Peek Performance bring that same level of excitement? Apple seems to think so. Among the rumors flying around are the launch of a brand-new Mac Studio and 27-inch Studio Display, Apple’s first consumer-level monitor in years.

Will the “Peek Performance” event announcements be worthy of a “Whoa”? We only have a couple of hours until we find out.