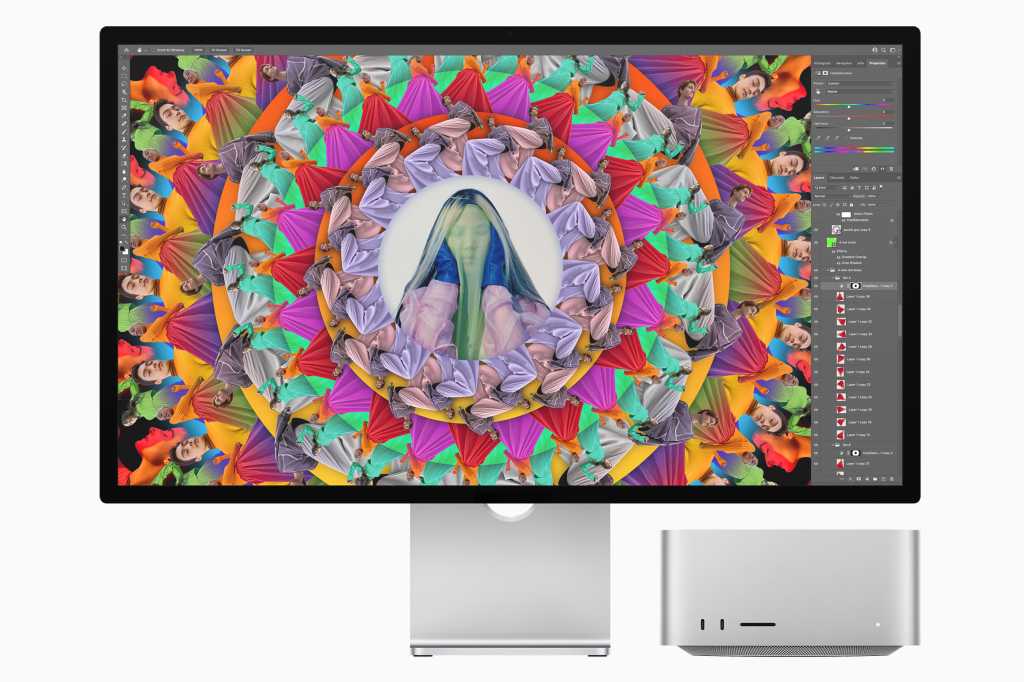 Mac users aren’t the only ones salivating over Apple’s Studio Display. There are PC users who are looking at it longingly, too, but may be wondering if it even works. The answer is it does…kind of.

The Verge has confirmed with Apple that its new Studio Display should work when connected to a Windows PC—well, at least the display part, along with the webcam and speakers. Apple-specific features such as Center Stage, Hey Siri, and Spatial Audio, will not work since they require macOS.

An Apple representative said that the Studio Display’s 12MP camera will work like a USB camera when connected to a Windows PC. Apple also clarified that if a Windows PC is not capable of outputting a 5K 60Hz video signal over Thunderbolt or USB-C, the display will not use that resolution (seems obvious, yeah, but sometimes the obvious has to be stated).

Ultimately, the Studio Display is meant to be a Mac monitor, and few Windows users are going to buy one unless they are absolutely head over heels about the display’s design. Take away the software features and that’s really all they’re getting for the money, since there are plenty of more affordable displays with the same core features. Apple hasn’t said what happens if a Mac with the Studio Display is running Windows via virtualization, though we assume the same limitations will apply.

However, for folks who use both a Mac and a Windows PC (like for games), the Studio Display could be a nice go-between monitor. The Studio Display is currently available for preorder with availability beginning Friday, March 18.