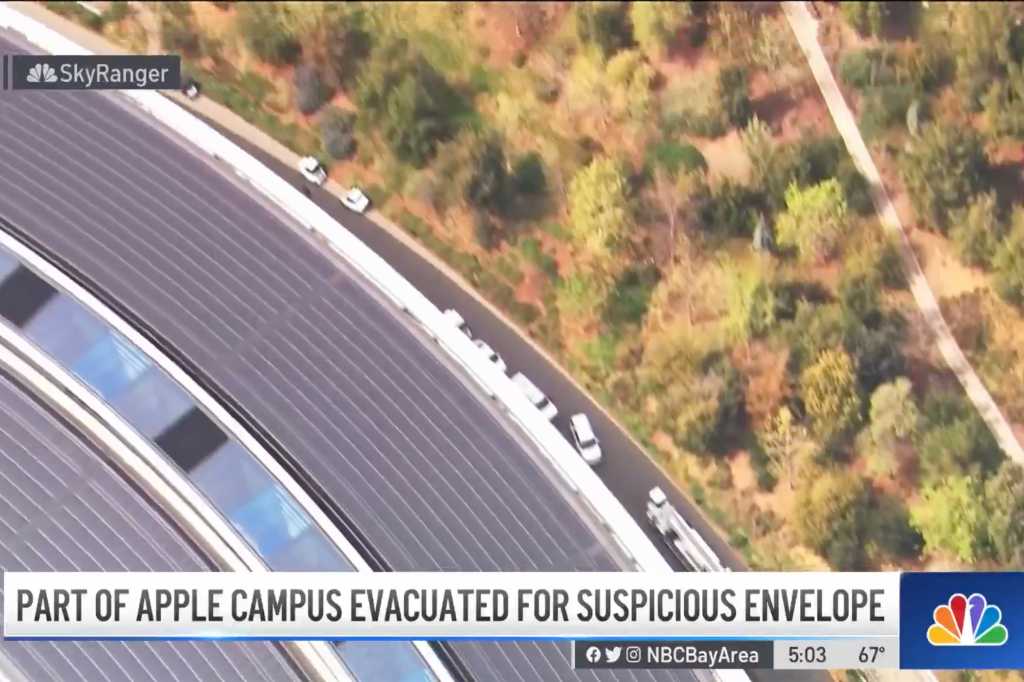 Santa Clara authorities report that a portion of Apple Park was evacuated Tuesday after a suspicious substance was found inside an envelope. According to the NBC Bay Area news network, the situation has been cleared and workers were allowed to return to the building.

At around noon PT on Tuesday, a fire alarm was pulled at Apple Park when a white powder substance was discovered. Workers in the immediate area were evacuated for about two hours while the Santa Clara County Fire and Sheriff’s office investigated. Nothing dangerous was found, and workers returned to the office at around 3 pm PT, according to reports.

The incident draws to mind the 2001 anthrax attacks when letters containing anthrax spores were mailed to several lawmakers and media offices resulting in five deaths. Authorities haven’t said what the substance was or why it was in the envelope.

According to The Verge, Apple said authorities concluded that there was no presence of hazardous materials and all sections of Apple Park are operating normally.