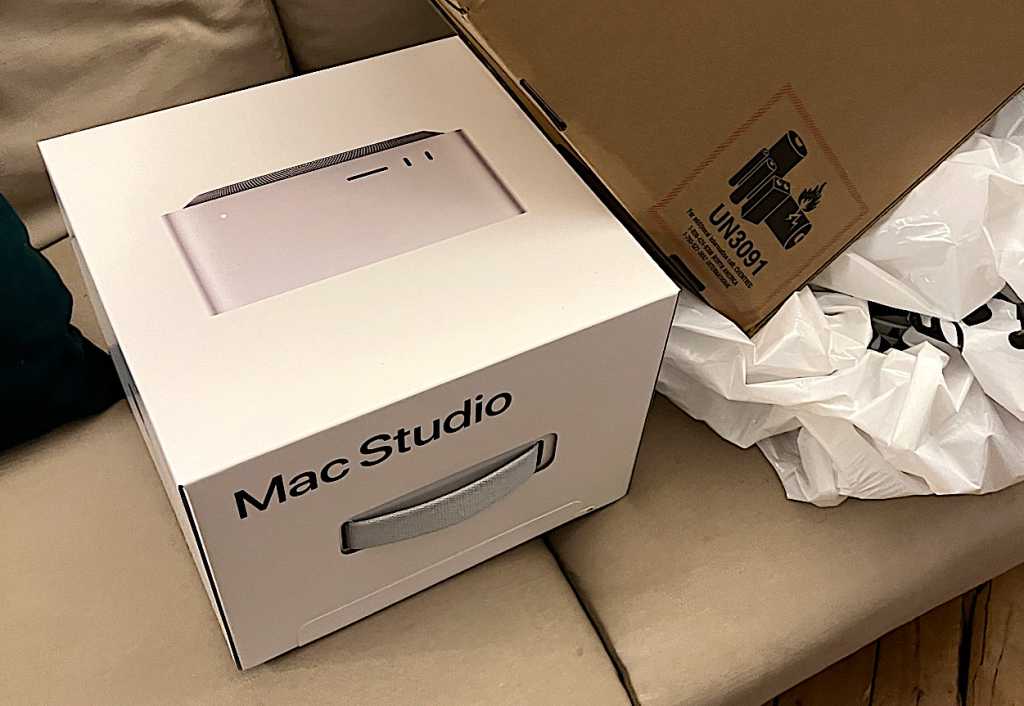 The Mac Studio doesn’t officially go on sale until this Friday, March 18, but one lucky French customer hasn’t had to wait that long. As a result of an apparent store error they received their Studio yesterday, and promptly sent a bunch of photos to the news site mac4ever.

The customer, identified only as Simon, ordered an M1 Max edition of Apple’s new compact desktop Mac this week and was surprised when it was handed over the very next day. As ever on the internet, a number of commenters declared the whole thing fake news, so Simon documented this in a series of photos.

To put this bit of luck in perspective, we checked Apple’s site and attempted to buy the M1 Max version of the Mac Studio. It will ship, the site says, in 3-4 weeks, well into mid-April.

We hope this mishap (which mac4ever poetically describes as “une bévue qui fait plaisir”, or “a blunder that makes you happy”) doesn’t result in anyone losing their job; on the plus side, the site declines to name the store in question. This isn’t the first time that an Apple product has been sent out early by mistake, with customers receiving AirTags and the M1 iPad Pro a day or two ahead of the official launch date last year. But that doesn’t mean Apple won’t be less annoyed about it happening again.