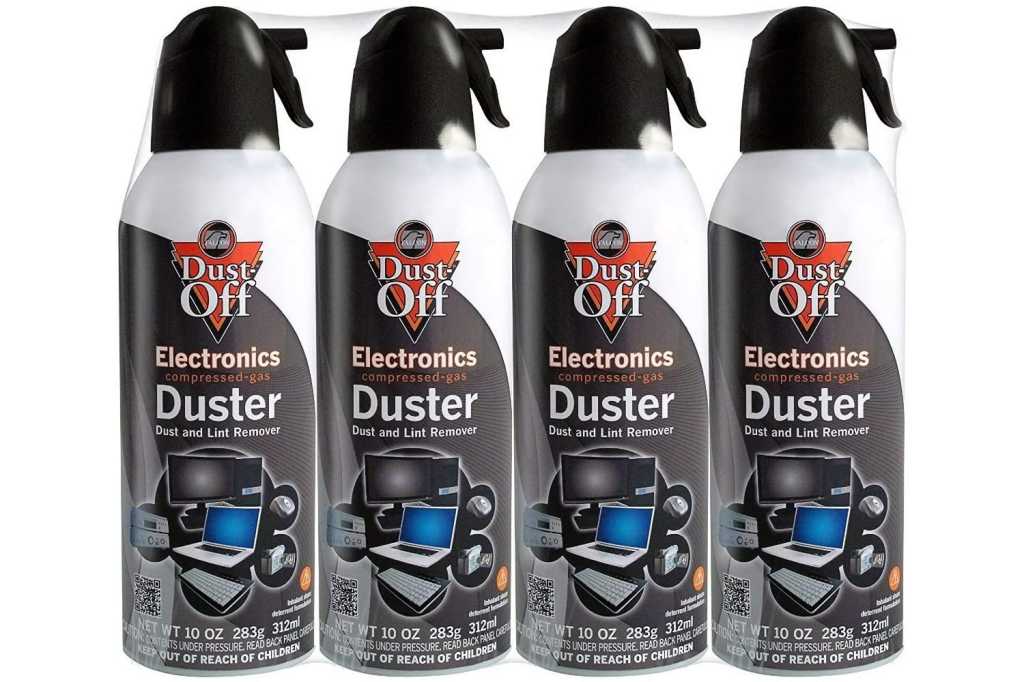 My dad was selling an old iMac a few days ago and finally had a buyer. He’d gone through the steps to erase it and set it up for a new owner, making sure he had wiped his data.

He powered it down one night. The next morning, right before the buyer was slated to arrive, he fired it up: it wouldn’t boot. After a few attempts, including holding down the power button for 10 seconds, he finally had liftoff but reported to me that it sounded quite loud—like the fans were working overtime. What should he do?

I told him to blow it out his fans—the accumulated dust, that is! My remote diagnosis was that after nearly 10 years, it was likely that the iMac had accumulated dust during normal operation that was stuck in nooks and crannies and even caked on the fan blades. Those who live in humid climates (whether from rain or summer swelters) are particularly aware of this problem; your bathroom fan likely suffers from the same problem.

He had compressed air in a can handy and followed these steps:

My father said a surprising amount of dust did puff out in that last step when he started up the Mac. But the Mac powered up normally and the fan noise was gone. The buyer arrived—late, due to forgetting about daylight saving time.

Holding the can upright is critical: at an angle, the compressed air can produce essentially a freezing gas that can ruin components. Many YouTube videos demonstrate incorrect techniques that could damage a computer.

You might also wear a cloth mask or N95-style shop or medical mask while using compressed air and then subsequently powering up the Mac to avoid breathing in the dust that’s churned up. It can contain fine particles that can irritate your lungs.

Blowing compressed air through a computer isn’t something we consider routine maintenance these days, though it used to be an issue for nearly everyone. With user-serviceable computers, we’d open the top or side case or unscrew a panel and blow air through. If we didn’t, the computers would be filled with dust bunnies. If you owned a pet with hair, it was even worse.

Dust coating surfaces can cause components to overheat or fan motors to burn out. As part of your regular maintenance on devices with fans and any with ventilation holes, gently dust the outside with a static-free micro-fiber cloth and blow air carefully through.