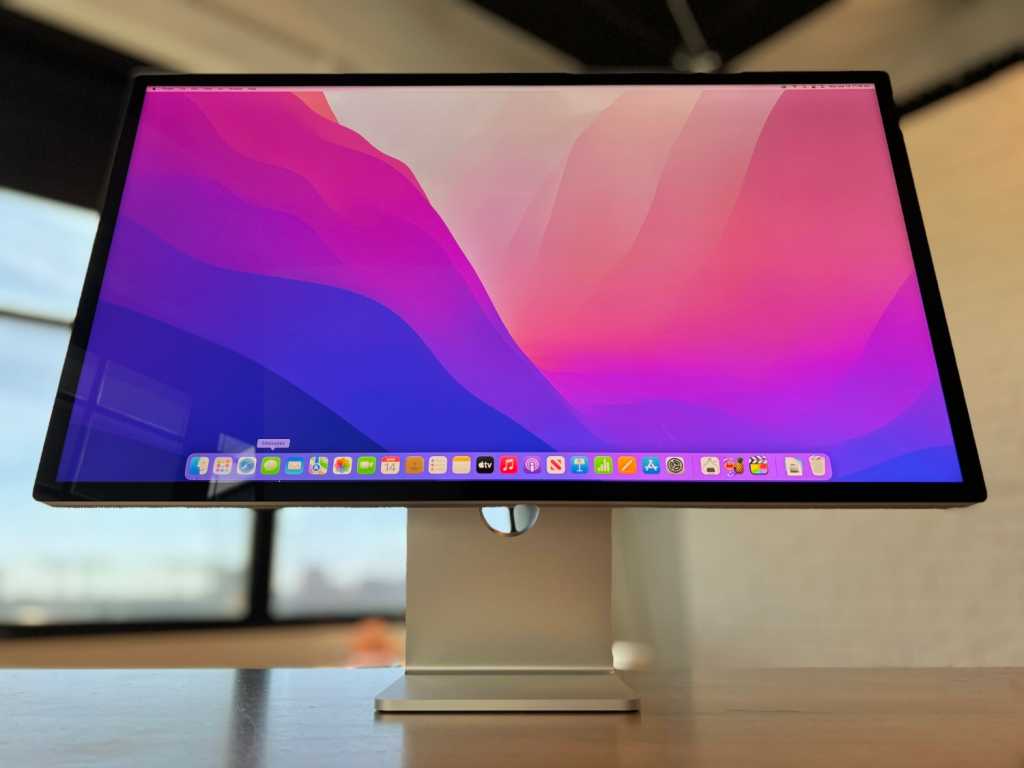 The Apple Studio Display may be a little expensive for a consumer-level monitor, but it turns out that it has a few secrets inside it that make us wonder if Apple has more in store for the future.

Apple made it known that the Studio Display uses an A13 Bionic processor and has a 12MP Ultra Wide camera, but it also turns out that it’s running iOS 15.4, the latest version of the iPhone operating system. That means the Studio Display is essentially a computer with its own logic board and storage—on Twitter, KhaosT discovered that the display actually has 64GB of onboard storage—though the display is only using 2GB.

Those are very high specs for a monitor. Essentially, the Studio Display is a giant ninth-gen iPad or iPhone 11, except it doesn’t do all the things those devices can do—most notably anything that requires multi-touch. So why all the fancy components?

It could be a simple case of affordability and easy access for Apple—the parts are already on hand and they’re cheap for Apple to make. There’s no need to invest in engineering and manufacturing for new components. (It would’ve been nice to pass those savings along to the consumer, though.)

We can’t help but hope that Apple will do something to take advantage of those components. The Studio Display could make for a great Apple TV, or maybe it could be used as an external AirPlay display for an iPhone or iPad. But according to Apple, the display doesn’t have any wireless components such as Bluetooth or Wi-Fi, which limits its possibilities as a standalone screen.

In other Studio Display news, MacRumors reports that the Studio Display’s stand can be changed after purchase, but it requires service performed by an Apple Store or Apple Authorized Service Provider. So, if you buy the Studio Display with the standard tilt-adjustable stand and then decide later that you want the height- and tilt-adjustable stand, you need to schedule a service appointment and bring the display in. No pricing was mentioned in the report but it will presumably cost at least $400, the price of an upgrade at the time of purchase.