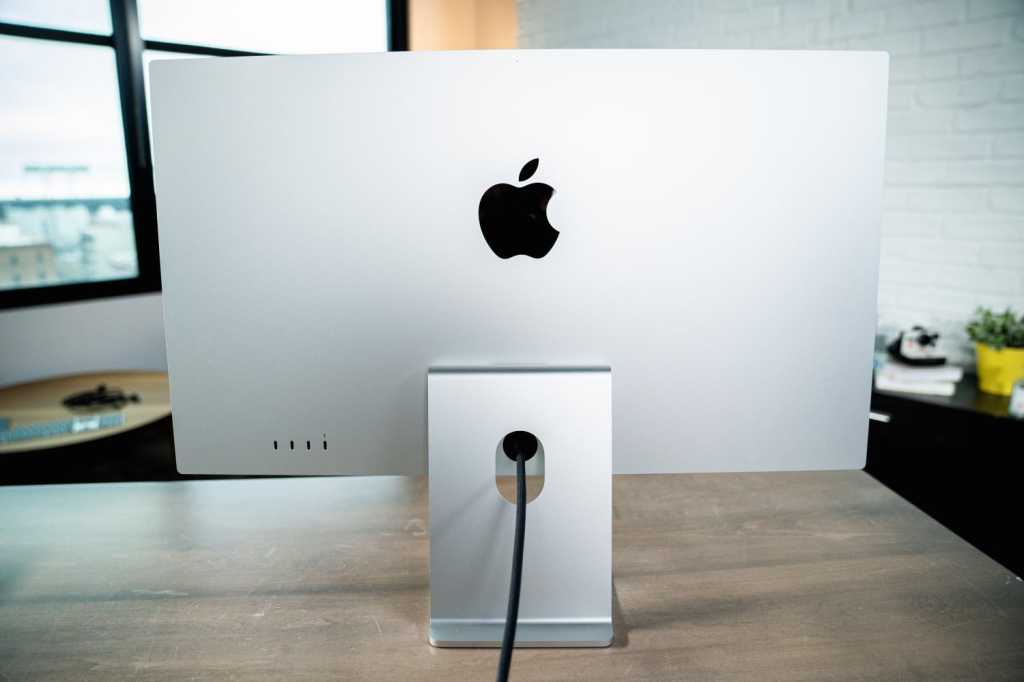 Those of us who have been waiting for half a decade for Apple to launch a new standalone display that isn’t priced in the stratosphere were glued to our computer screens during Apple’s “Peek Performance” event. Not only did Apple finally unveil its first new monitor since the Thunderbolt Display in 2011, it conjured up a bit of nostalgia with the name: Studio Display.

Apple last used the Studio Display name in 1999 with the iconic 17-inch ADC Apple Studio Display. Built for the Power Mac G4 and Power Mac G4 Cube, it had a proprietary Apple Display Connector that wasn’t available on any other Mac. Apple’s new Studio Display isn’t quite so proprietary, but from the name to the aesthetics, it’s clearly meant as a companion to the Mac Studio—or at the very least a Mac without a camera.

With or without a Mac Studio, the Studio Display should be the answer to many an Apple fan’s wishlist. And in many ways, it is: a 27-inch 5K display with a 12MP ultra-wide camera, six-speaker sound system with Spatial Audio support, studio-quality mics, three USB-C ports, and an optional tilt- and height-adjustable stand. It’s an impressive feature set with a price to match: $1,699 or a cool $1,999 with the 4-inch height-adjustable stand.

The early reviews of the Apple Studio Display are somewhat mixed. Some complained about the quality of the camera, others pointed out the lack of OLED, HDR, and ProMotion, and slippery rubber pads. And nearly everyone thought it was too expensive.

But what makes the Studio Display so frustrating isn’t the quality of Zoom calls or the attention to detail or even the price. It’s that Apple has seemingly gone out of its way to give us everything—and nothing—that we want.

We’ve learned a lot about the Studio Display since it started reaching customers last Friday. We already knew it had an A13 Bionic processor inside, but now we know it also has 64GB of storage (though it’s only actually using 2GB). It’s also running iOS 15.4 and will presumably get regular iOS updates as well.

That’s a lot of processing power for a display and a fascinating piece of tech. While nearly every monitor has a chip inside it, most don’t have CPUs and GPUs, certainly not one as powerful as the A13. It’s not entirely clear why Apple needs such processing power inside the Studio Display, but it’s at least partly for Center Stage, Spatial Audio, and Siri.

What’s frustrating is how much more the Studio Display could have been. After the introduction, my colleague Jason Cross floated the notion of it being a standalone smart TV that runs Apple TV, and now that we know more about the internals, it really could be. There’s more than enough storage on the Studio Display for the Apple TV app and with what’s basically a ninth-gen iPad logic board inside it, Wi-Fi and Bluetooth could have been included too.

The possibilities for a standalone display with the guts of an iPhone are pretty remarkable, yet the Studio Display barely scratches the surface. A 12MP camera with Center Stage is nice and all (assuming Apple fixes the quality issues), but it’s not a make-or-break feature. Nor is Spatial Audio or hands-free Siri. But if you could install apps on your Studio Display and run them independently of a Mac—that would be a display worth paying a couple grand for.

Most of the reviews I read gushed over the Studio Display’s design, and it’s certainly nicer than dozens of cheap plastic displays out there. But there’s nothing about it that screams Apple other than the logo on the back. The bezels could be thinner, the stand could be thinner, the cable management could be more elegant.

It’s not ugly, but it’s also not striking, especially when you look back on its namesake. More than 20 years after Apple stopped selling it, the 17-inch ADC Studio Display is still a work of art that makes you stop in your tracks. This latest model, not so much.

So while we got what we wanted with the Studio Display, we’re also left wanting more. There was a time when an Apple Studio Display or Cinema Display represented the very best money could buy, and the Studio Display could have been another in a long line of great monitors. Instead, it’s just a good one.