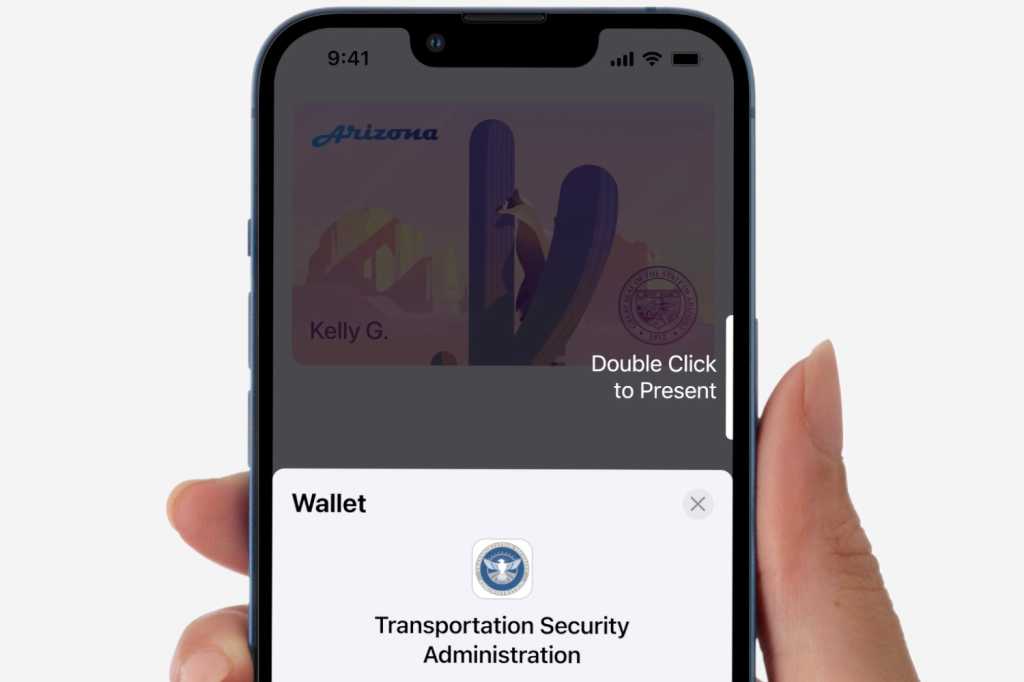 After a months-long delay, Apple on Wednesday announced that Arizona will be the first state to allow driver’s license and state IDs to be carried in Apple Wallet. Starting today, Arizonans can add those items to the Wallet app, and then use the iPhone or Apple Watch to present the IDs at places such as TSA security checkpoints in Phoenix Sky Harbor International Airport.

Wallet IDs require an iPhone 8 or later running iOS 15.4 and an Apple Watch Series 4 or later with watchOS 8.4. According to Apple, Wallet presents only the information required to complete an interaction, and users can authorize any information request. ID information is encrypted between the device and ID reader, and Face ID or Touch ID is used for verification.

Here’s how to add a driver’s license or state ID to Wallet. You will need your physical card on hand.

Apple launched iOS 15.4 on Monday, March 14, with a slew of new features, including Face ID with a mask, as well as a new Siri voice and several new emoji.