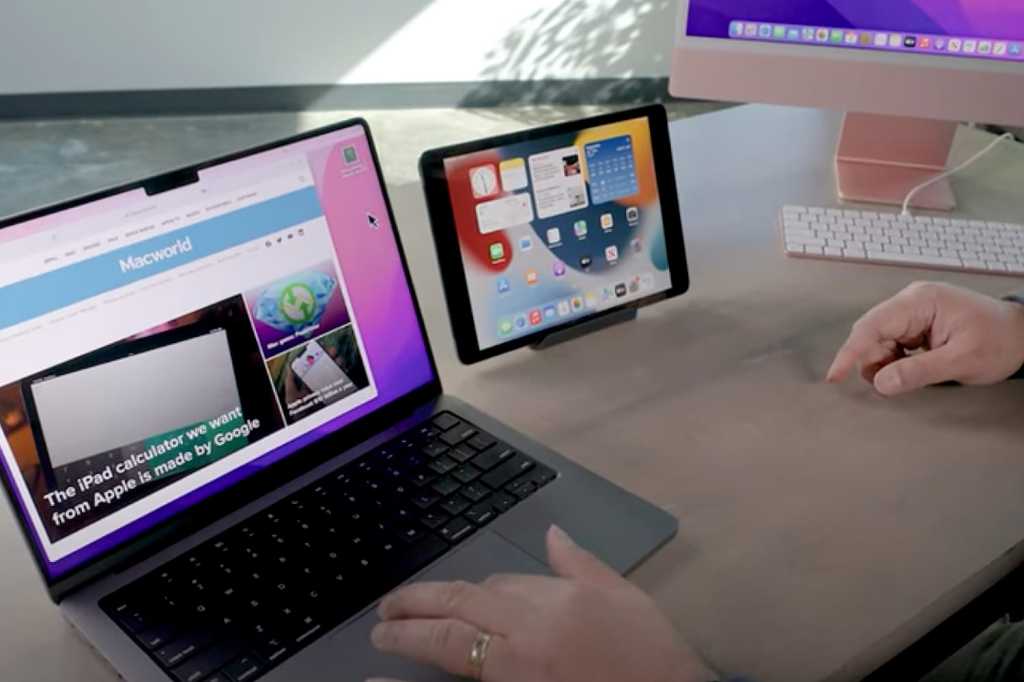 Apple’s release of Universal Control in the latest updates to iOS, iPadOS, and macOS provides another arrow in the quiver of Continuity, features that let you move data and actions seamlessly among your devices. Universal Control supplements Sidecar, a previously released feature that lets a Mac user with macOS 10.15 Catalina or later and an iPad with iPadOS 13 or later use an iPad as an extended or mirrored display.

You may need some help troubleshooting Universal Control and switching between it and Sidecar if you want to use both features. Apple bills Universal Control in macOS 12.3 Monterey and iPadOS 15.4 as a beta feature, so it’s not strange that you might encounter peculiar behavior.

In my testing, at one point, I had a single iPad appear twice, enabled separately for Universal Control and Sidecar, which shouldn’t be possible. Here’s when that behavior appears to occur:

You may now see two iPads in the Displays layout screen: one is contiguous with your displays or displays; the other is a little offset.

To avoid this problem, make sure your cursor appears on a display that’s attached to your Mac, not on the iPad, before you select the iPad to extend your display.

If you have the above problem occur, you can solve it by selecting the option you don’t want from Add Display: