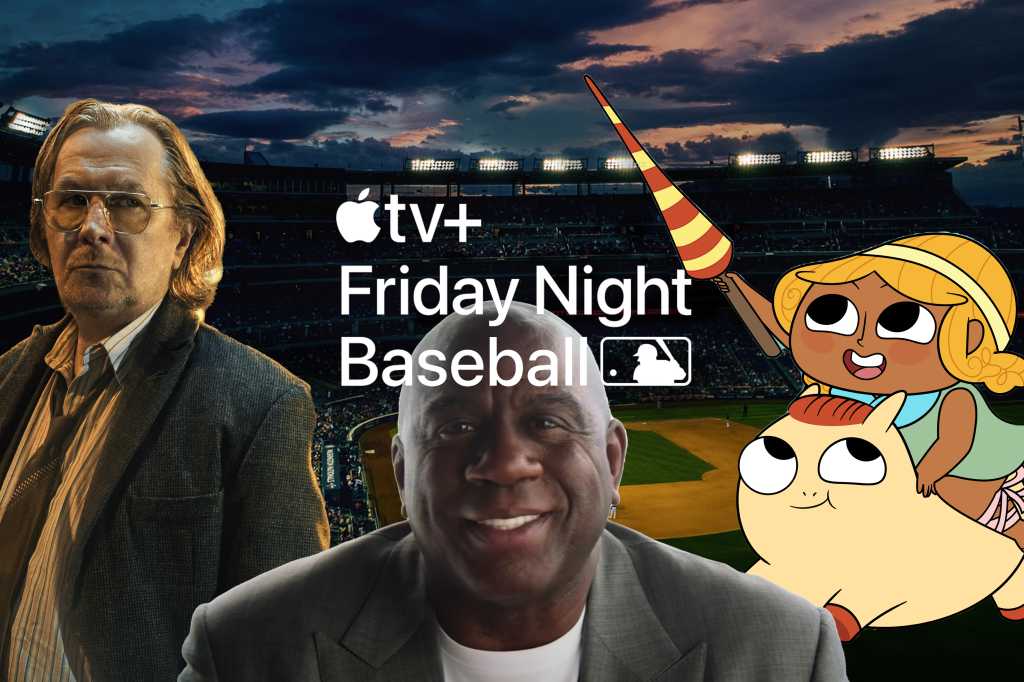 April is going to be a lot more subdued. We don’t expect any new hardware to be announced until at least WWDC in June, and there are no new iOS or macOS betas available–even to developers–so that doesn’t bode well for a major new software release.

Instead, Apple releases in April are going to be a handful of Apple TV+ series and films, the launch of the big Friday Night Baseball initiative, and a few Apple Arcade games. Kind of a slow month, unless you’re really into baseball.

Apple’s Worldwide Developers Conference is almost certain to take place in June, like the week of June 6. Apple usually teases the event’s theme in March, but as we know, that didn’t happen. Sometime in April, it will. It’s possible that WWDC is Apple’s first in-person event since the September 2019 iPhone event. So keep an eye on Macworld.com for all the latest news about the event, possibly as soon as next week.

We just got a five hardware products in one month (3rd-gen iPhone SE, Mac Studio, Studio Display, 5th-gen iPad Air, and green iPhone 13s). Everything Apple announced, hardware-wise, is out now. There are no new rumors of anything coming this month. That’s it.

We still expect new Mac minis, a new MacBook Air, and possibly a new high-end display with mini-LED backlight. But those aren’t going to be announced until WWDC in June, or possibly later.

Apple just released iOS 15.4 (along with its associated watchOS, tvOS, and iPadOS releases) and macOS 12.3 in March. They were full of new features, like Universal Control, Face ID with Mask, spatial audio in the Music app on Mac, notes in iCloud Keychain, and more. That was followed up with iOS 15.4.1 and Monterey 12.3.1 on the last day of March.

Oddly enough, iOS 15.4 was not followed by a new beta, not even for developers. In fact, the developer beta page proudly proclaims (at the time of this writing) that there are no beta versions to download.

That’s doesn’t necessarily mean that Apple is done with iOS 15 and macOS 12. We’ll probably see some more minor security updates throughout the year, and maybe even another feature or two. But the features initially announced for iOS 15 are all available now, and nothing new was announced at the spring event in March that would necessitate an update to the operating system or the apps Apple distributes with it.

In other words, it’s highly unlikely that we’ll get a new OS release in April, and maybe not even a new beta.

Apple TV+ has the distinction of being the first streaming service to win an Oscar for Best Picture with the film “CODA.” I’m sure Apple’s riding high on that (even though Apple didn’t actually have a hand in making it–the company just wrote the biggest check at Sundance). Streaming TV can never take a break, though and Apple’s rolling right into April with a big Major League Baseball deal.

Here are the shows, series, and movies we expect to release on Apple TV+ in April. If you want to know what’s coming later, check our full guide to upcoming Apple TV+ content.

Friday Night Baseball: A free double-header, plus pre- and post-game show, every Friday throughout the MLB season. And you don’t even need to be an Apple TV+ subscriber to watch! Games start on April 8 with the New York Mets at Washington Nationals followed by the Houston Astros at Los Angeles Angels.

Slow Horses: Gary Oldman plays a disgraced MI5 agent that leads the so-called “slough house,” to which other MI5 agents are demoted when they screw up. Premieres April 1.

Pinecone and Pony: A new animated series for kids based on the Kate Beaton book The Princess and the Pony. Premieres April 8.

They Call Me Magic: A documentary about the life and career of basketball legend Earvin “Magic” Johnson. Premieres April 22.

The Long Game: Bigger than Basketball: Another basketball documentary series, this one on about young phenom Makur Maker. Also premieres April 22.

Apple releases new games to Apple Arcade on Fridays, but not every Friday is marked by a new game or significant update. Check our Apple Arcade FAQ for a full list of Apple Arcade games and more details on the service. Many games are released with no forewarning, but you’ll often see a couple of projects listed in the Coming Soon section. Some have release dates, but most seem to launch by surprise.

Games with a “+” at the end are titles that have already been released in the App Store but are just getting a new version (without ads or microtransactions) in Apple Arcade. Here are the new games listed in the Coming Soon section for April:

Gear.Club Stradale: Create a car club with friends and drive supercars around Tuscany.