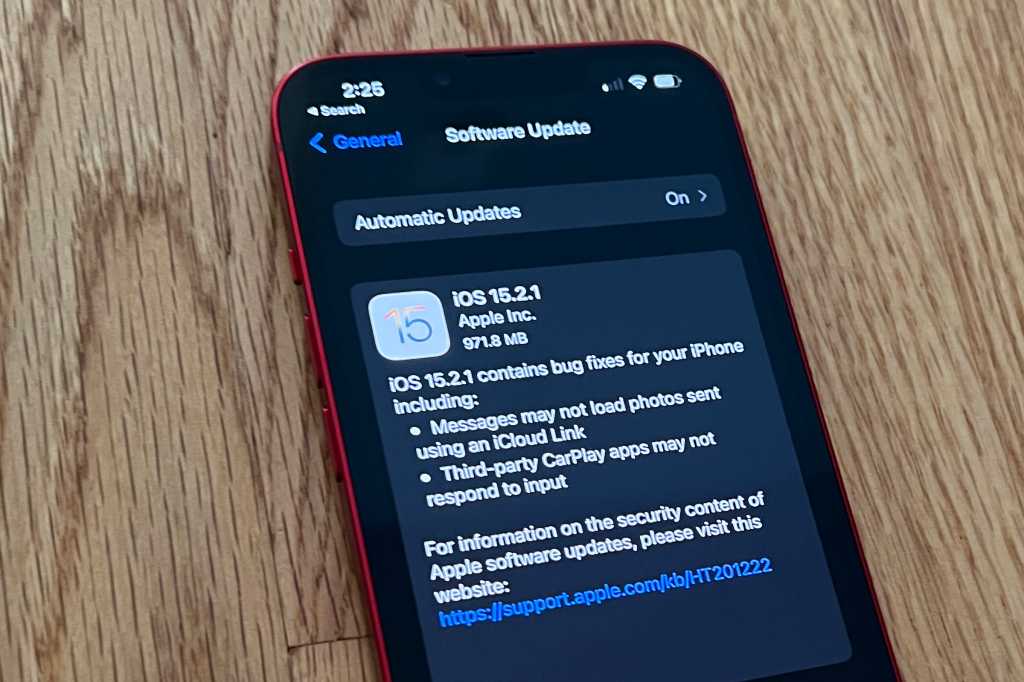 Ever since iOS 12, Apple has offered a handy toggle in Settings that lets you automatically install new updates overnight as long as it is charging and connected to Wi-Fi. There’s just one problem: It can sometimes take weeks to arrive.

That’s not ideal if, say, you’re a tech writer who needs the latest iOS update as soon as it lands. But even if you’re not obsessive about updates, you may end up waiting for your phone to update for so long that a new beta is already a version or two into development. Thanks to a response to a question posed by an Apple user to Craig Federighi, we now know why.

Reddit user Kechoopix (Mateusz Buda) sent an email to Federighi asking for an explanation about how the iOS auto-update feature actually works. To his surprise, he received a response from Federighi himself:

We incrementally rollout new iOS updates by first making them available for those that explicitly seek them out in Settings, and the 1-4 weeks later (after we’ve received feedback on the update) ramp up to rolling out to devices with auto-update enabled.

So the process appears to be twofold. Unlike Android, which gradually rolls out updates to available devices over the course of days and weeks, Apple pushes the latest iOS updates to every device at the same time to those who choose to install it. Those who choose not to go to Software Update on their own will get the update once Apple is sure it runs smoothly.

What’s interesting is the auto-update toggle doesn’t install updates as they arrive. While it would seem like flipping the toggle would merely signal to the Software Update tab to install whatever is waiting, Apple actually needs to send a signal to phones to activate the process. And according to Federighi, it could take as long as a month for Apple to decide to do that.