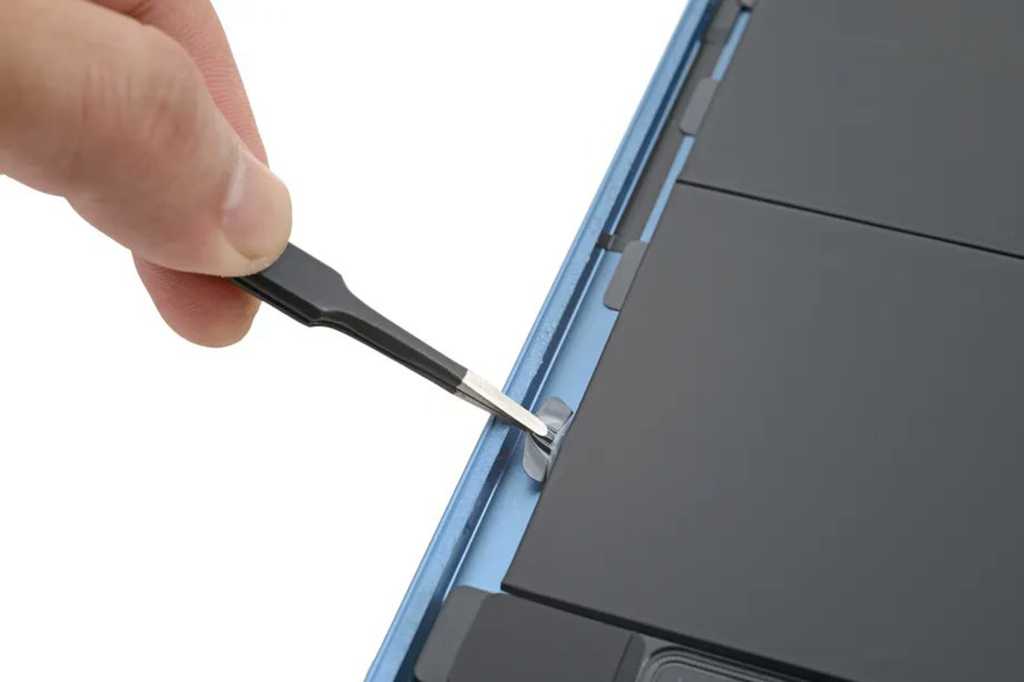 When it comes to repairs, Apple’s iPads are among the most difficult in Apple’s product lineup. While the original iPad received a 6/10 for repairability from iFixit, recent models haven’t risen above a 2 in recent years. But a small change to the iPad Air 5 could signal a change.

While iFixit isn’t conducting a formal teardown of the new iPad Air—mostly because it’s so similar to the iPad Air 4—the site’s experts couldn’t resist giving the inside of Apple’s newest tablet a gander. And they discovered something very interesting: pull tabs for the battery. When you remove the screen from the new iPad Air, you’ll find stretch adhesives that can be pulled to loosen the battery from its housing to make it much easier to remove.

Previous iPad models have held the battery in place with a strong adhesive that required some kind of a solvent or a tremendous amount of patience to pry it loose. It was messy and hostile and made for difficult battery replacements from non-Apple Store repair shops and nearly impossible to do at home.

Apple announced late last year that it would be launching a new Self Service Repair program for iPhones that provides access to genuine Apple parts and tools for at-home repairs. Apple hasn’t announced whether the program will come to iPads, but the new pull tabs for the battery could be a way to make it slightly easier for people to fix products at home.