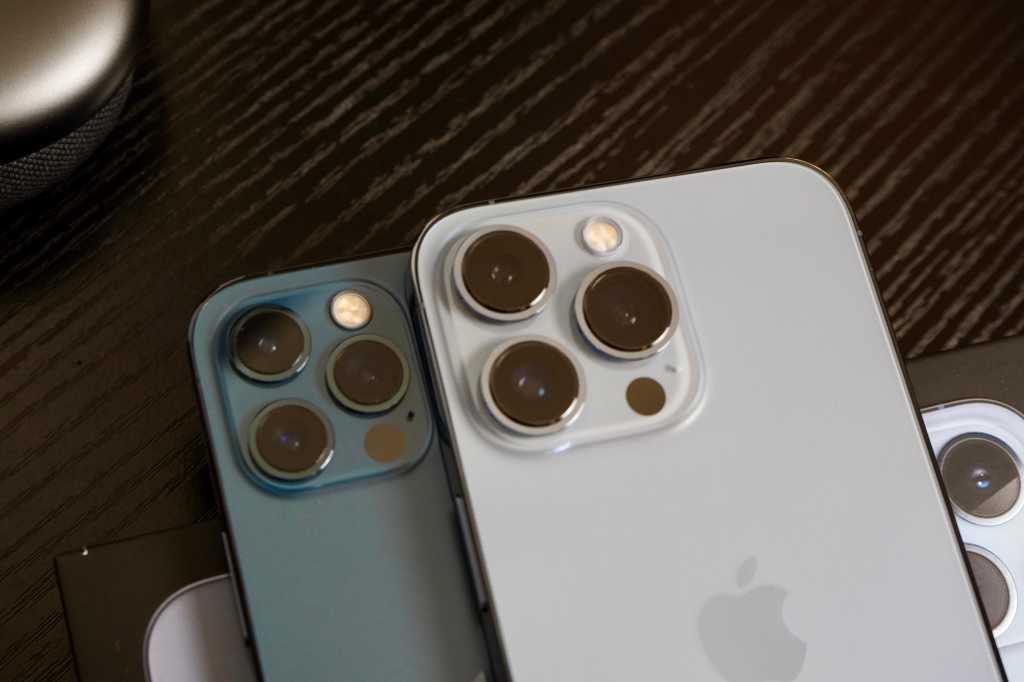 With just five months to go until the launch of the iPhone 14, we have a pretty good idea of what to expect. Leaks and rumors have painted a near-complete picture of what to expect from the next generation of phones, and it looks like Apple is completely shaking up the lineup like never before.

While you’ll still be able to choose between four new phones, Apple is reportedly eliminating the unpopular iPhone mini from the mix and replacing it with an iPhone Max. That will give the lines homogeneity—Apple will offer two 6.1-inch phones and two 6.7-inch phones.

Assuming the new iPhone 14 Max starts at $899, it’s likely to be a good move. More people are gravitating toward bigger handsets and a cheaper option should sell very well.

But while Apple may be eliminating the large phone tax, iPhone buyers will still have a very difficult decision to make in the fall. Since Apple isn’t going to be differentiating the Pro line with size anymore, it’s reportedly planning to dramatically increase the gap between the models in every other area.

As it stands, the iPhone 13 and iPhone 13 Pro aren’t all that different. Here’s how they compare.

Those are all relatively small differences, so the choice should be pretty clear. The non-Pro iPhone is consistently among Apple’s best-selling phones largely due to those small differences. The iPhone 13 is plenty pro for most people, and most buyers immediately know if the upgrades are worth the extra $200.

But the iPhone 14 will reportedly change the way Apple differentiates between its standard and pro lines. According to rumors, the differences will be much greater than any previous phone and could make the non-pro iPhones look much more inferior. Here’s what we’re expecting based on the rumors.

That’s a much bigger gap in features than in previous years—and the latest leaks suggest the bezels could be noticeably thinner, as well. Add it all up and the iPhone 14 Pro is shaping up to be one of the biggest generational leaps since the iPhone X, one that truly separates the two models. With the same design, processor, and camera hardware, in fact, it’s going to be more difficult to distinguish the iPhone 14 from the iPhone 13, assuming Apple keeps selling it at a reduced price.

Apple’s gambit is certainly a tactical one. And it might work. When Apple upped the price of the iPhone X to $999, it was the first thousand-dollar phone and a massive leap over the iPhone 8 Plus’ $799 price tag. But soon four-figure phones became commonplace, and Apple showed that its premium gamble wasn’t crazy.

The same could happen with the iPhone 14 Pro. By adding features and value to the Pro line, it could make the thousand-dollar-plus price tag much more palatable. The rumored upgrades are some of the biggest in years, and people could suddenly flock to the Pro line. And if they’re coming from an iPhone 12 or earlier, the iPhone 14 Pro is going to seem like a completely new device.

Apple has a knack for not just knowing what people want but also gambling at just the right time. And the iPhone 14 could be another win in a long string of them.