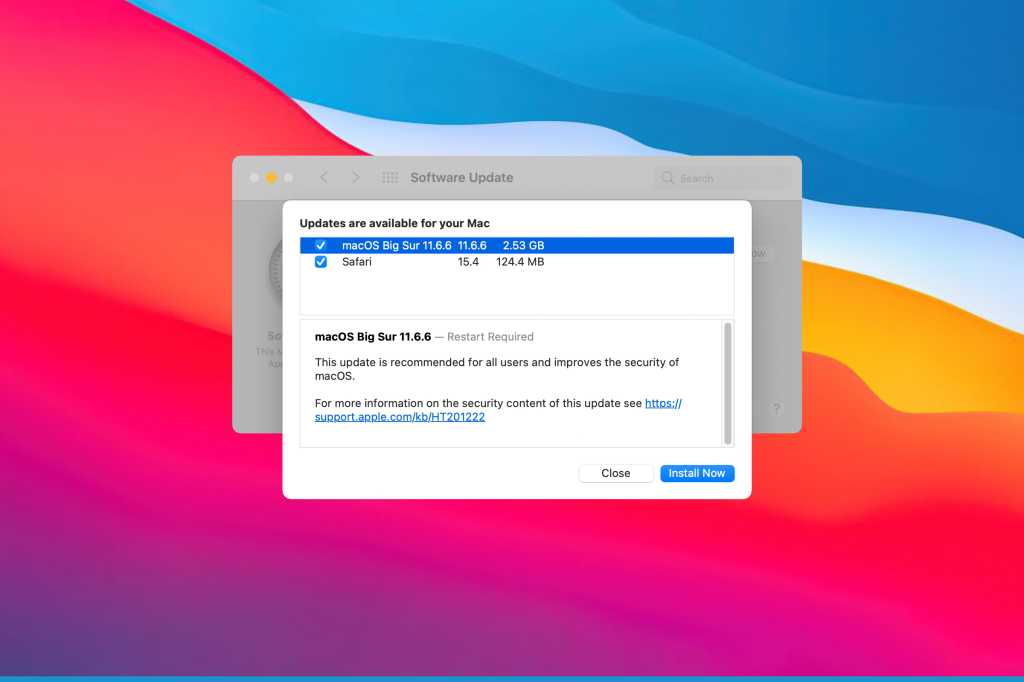 Update April 8: This article has been updated to reflect that Big Sur 11.6.6 is still in beta. We regret the confusion.

Roughly a week after Apple released macOS Monterey 12.3.1 with important security fixes, the beta of Big Sur 11.6.6 has arrived to seemingly plug the same holes. Security Update 2022-004 for Catalina will presumably arrive shortly as well.

The update is 2.53GB and the release notes merely state, “This update is recommended for all users and improves the security of macOS.” Apple hasn’t updated its security page with information about the new release, but assuming it’s the same as Apple’s Monterey release notes, the emergency update patches two vulnerabilities that may have been actively exploited:

To install the update on your Mac, you need to be enrolled in the macOS public beta program. Then, head over to System Preferences and click on the Software Update pane. The click “Install Now.”