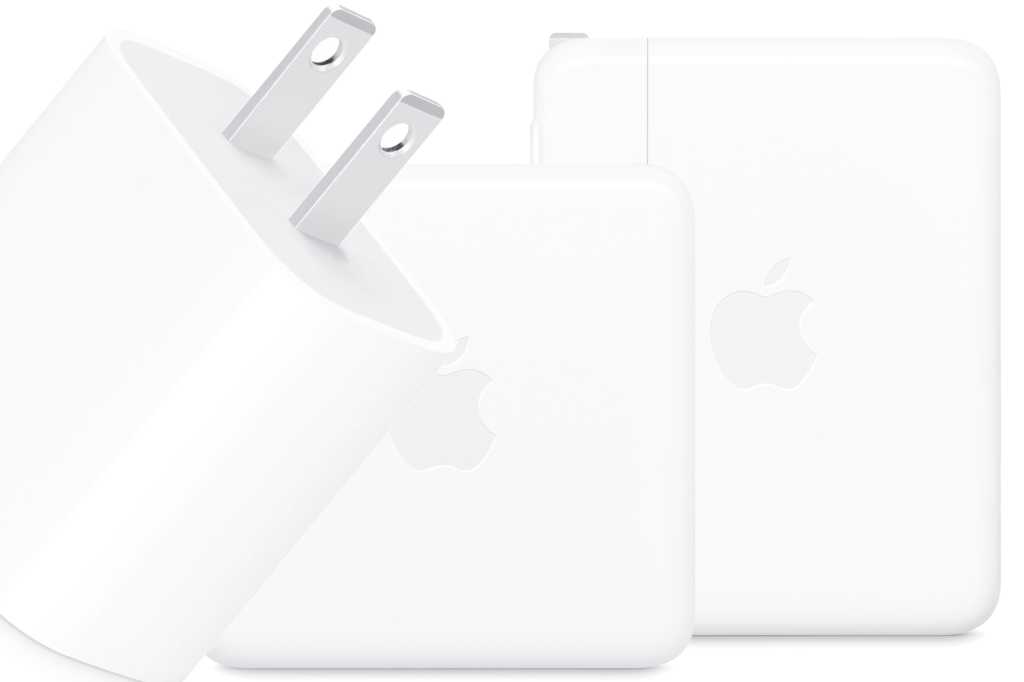 Unless you’re buying an iPad or MacBook and get a charger in the box, we don’t recommend buying one of Apple’s standalone chargers. For a company that’s often ahead of the curve, they’re surprisingly clunky and dated.

That might be changing. As spotted by 9to5Mac, Apple may be preparing to release a new 35W Dual USB-C Port Power Adapter, which would be a new wattage and the first time Apple offers an adapter with more than one port. Apple currently sells a single-port 20W adapter for iPhones and iPads, and several newer and older chargers for MacBooks. According to a support document, the new plug will also have folding prongs like the MacBook plugs:

A 35W dual-port charger would supply enough power to fast-charge an iPhone or iPad while still charging another device, such as an AirPods case or Apple Watch. 9to5Mac notes that the adapter would also support USB Power Delivery. What we don’t know is how much the new adapter will cost. Apple’s 20W USN-C power adapter sells for $19, while its 30W USB-C adapter sells for $49.

In a tweet, Ming-Chi Kuo confirmed the existence of the charger. He said the device is “nearing mass production” and expects Apple to sell 2-3 million of them.

Apple has been rumored to be making a lower-wattage gallium nitride charger after releasing a 140W GaN charger for the 16-inch MacBook Pro, seen above. A 35W GaN charger would likely be smaller and lighter than Apple’s current 20W adapter.