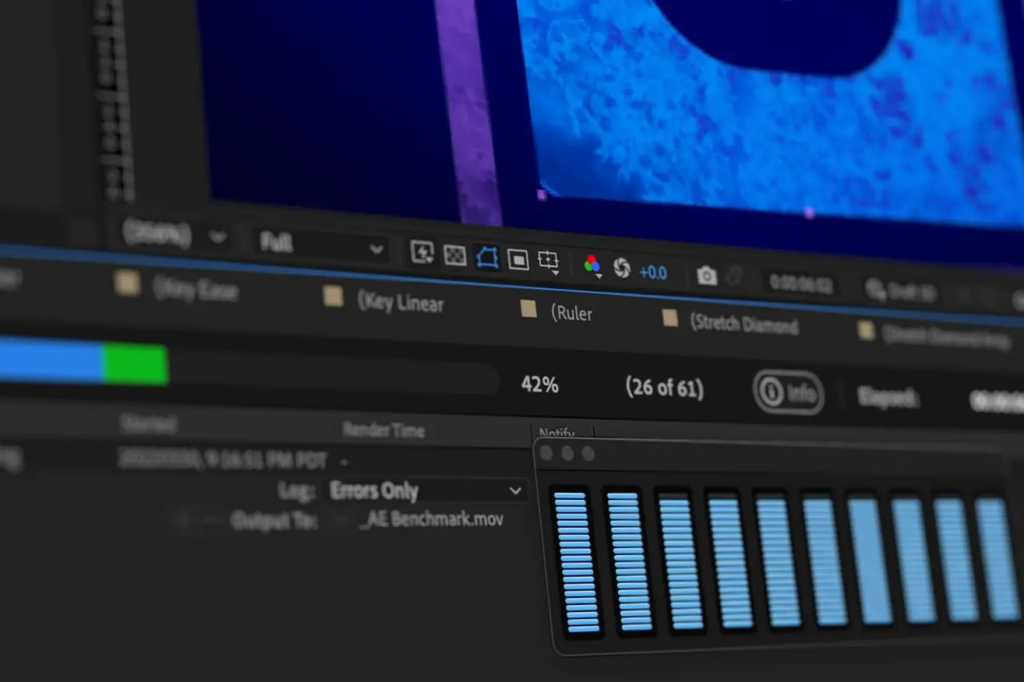 Adobe on Tuesday announced a major update to After Effects, its visual effects app for video production. It now has native M1 support, which should boost its performance on Macs with Apple Silicon.

According to Adobe, composition renders on an M1 Mac are twice as fast as an iMac Pro with a 10-core Intel Xeon W processor. Renders on a Mac Studio with the M1 Ultra processor are three times faster. Launching After Effects is up to seven times faster on the M1 Ultra.

Other updates to After Effects include Scene Edit Detection, which uses Adobe Sensei AI to detect scene changes in edited clips; Extended Viewer, which provides more views of 3D space and layers; and Binning Indicators for 3D Layers, which shows which 3D layers render together in the same 3D space.

The updates to Affect Effects and Premiere Pro will be available as a phased release starting on April 12. The new versions will be rolled out to users over the next few days through Creative Cloud.

Frame.io, Adobe’s video collaboration platform, is now available through Creative Cloud. According to the company, Frame.io for Creative Cloud is “the industry’s first integrated review and approval workflow for post-production.”

Customers can log into Frame.io from within Premiere Pro or After Effects using an Adobe ID.