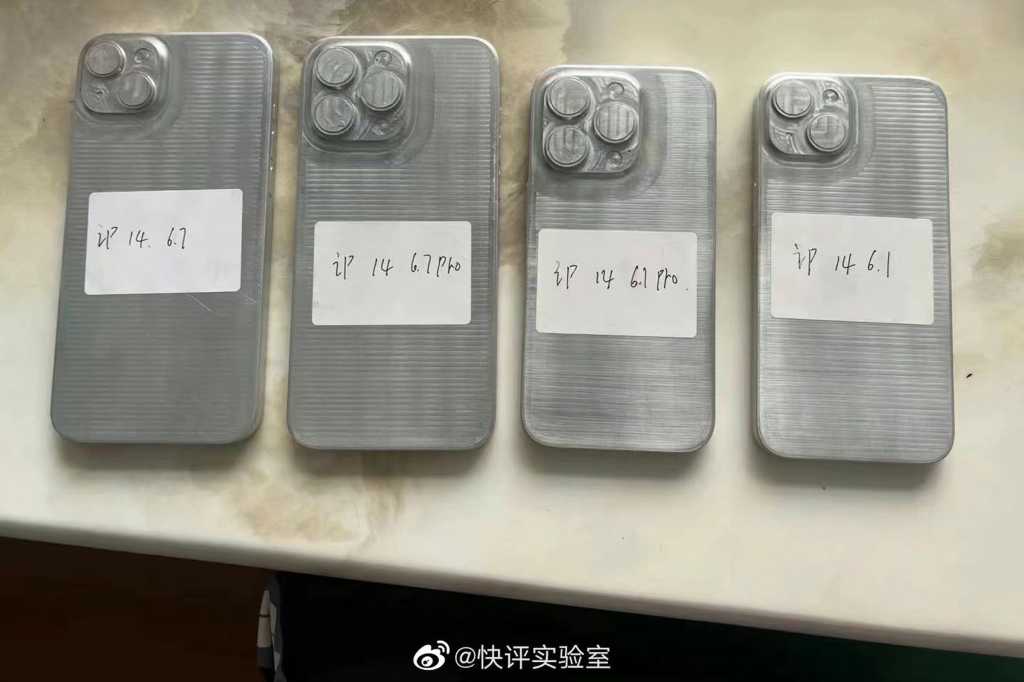 We’re still about five months away from Apple’s fall iPhone event, but the rumors and leaks don’t stop coming. Now we have a purported photo of the iPhone 14 molds used by case makers, and it shows big changes are on the way.

The photos, courtesy of a Weibo post (via MacRumors) only show the back of the phone but you can plainly see how different the new models are. The most obvious differences between the iPhone 13 and iPhone 14 are the size. As previously reported, Apple is dumpling the unpopular iPhone mini in favor of an iPhone Max, which will have the same 6.7-inch display as the iPhone 13 Pro Max. That means the standard and Pro lines will have the same size screen for the first time, and Apple won’t be selling a new iPhone under 6 inches anymore.

We also get a good look at the phones’ camera bumps, which are sizable. While the hardware setup is staying the same—two cameras on the standard models and three on the Pros—Apple is increasing the camera bumps across the board, but particularly with the Pro models, which are rumored to get a 48MP wide camera upgrade. Changes to the ultra-wide and telephoto cameras have also been reported, though the long-awaited periscope lens for advanced zooming is likely slotted for the iPhone 15.

While we don’t get a look at the front of the device, Apple is reportedly ditching the notch on the Pro models for the first time, opting instead for a unique “hole+pill design” that adds a bit more space around the components. The notch will reportedly remain on the non-pro models.

Those upgrades could come at a price, however, as Apple is rumored to start the iPhone 14 at $799 and bump the price of the Pro models by $100 each. Apple is expected to launch the iPhone 14 at an event in September.