The cloud storage subscription provided with the CloudBox lasts for a year, so you’ll need to renew it at the end of the first year if you want to carry on using it. However, it costs only £89 per year to renew your subscription, whereas Apple’s iCloud costs £70 per year for just 50GB. The bundled software could be a little easier to use, but having that additional level of cloud backup could be a life-saver for business users in the event of an accident or theft in your office.

Even though it only offers 100GB of storage and isn’t compatible with Time Machine, the LaCie’s CloudBox could still be a useful backup option for some small business users.

Initially, the CloudBox seems vastly overpriced, as that modest 100GB hard disk costs a wallet-troubling £179. However, this price also includes an additional 100GB of online cloud storage that’s available for a year. You can also use the bundled Intego backup software to schedule backups onto the CloudBox in your office whenever you want. The CloudBox will then also upload your files into the cloud once a day, ensuring that you’ve got a second backup available if the original CloudBox becomes damaged or is stolen.

Installing the CloudBox is quite easy, as it provides a dashboard-style interface that you can view in Safari. This allows you to configure various settings, such as the time of day for the online backup, or to create personal folders for other users on your network.

Unfortunately, the Intego backup software is a bit more complicated, as it requires you to create a backup script in a manner that reminds us of Apple’s Automator program. You also need a separate program to restore your files if anything goes wrong with the CloudBox. 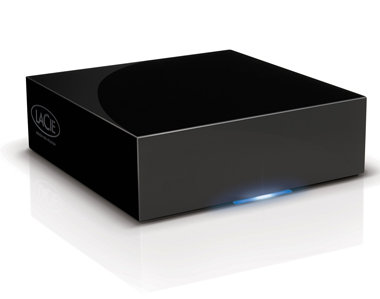 Backing up data onto the CloudBox itself via Ethernet is a bit sluggish at around 10MBps, but that’s not a major problem given the drive’s modest capacity. The subsequent backup into the cloud will also be a lot slower, and will depend on the speed of your broadband connection. You probably won’t want to back up your Mac’s entire system onto the CloudBox, but it could be handy to have that double backup available for important work files.