Limbo has been out on nearly every other platform for the best part of a year. Having sold its millionth copy in November, developers Playdead announced a release for the Mac version of Limbo via Steam and the Mac App Store. At just £6.99, it’s a game that will haunt you long after you’ve switched off your Mac.

The quick description first; Limbo is a 2D platform game. You play as a young boy lost in the forest, then later in a derelict urban environment, solving puzzles and struggling to stay alive.

There are no coins to collect or mushroom power-ups in Limbo’s monochromatic, eerie world. There are no limits to the number of lives you can have. That latter point is crucial.

Many platform games are about learning a few moves perfectly so you can race through level after level. Limbo deliberately messes with that mechanic. There are places where doing the same thing twice in a row will simply get you killed.

As you play through Limbo, dying becomes a fact of life – dying in ever more gruesome ways. Sometimes it will be the result of terrible accidents, other times you’ll fall into the clutches of giant monsters. Other children occasionally appear to thwart your character’s progress by luring him into traps. You can turn the gore off if you’re of a sensitive disposition. 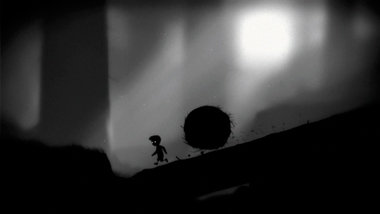 Limbo bolts platform and puzzle mechanices onto a survival scenario

Even then, there are few platform games that are quite so creepy to play. Limbo’s exquisitely drawn levels, ambient soundtrack and visceral surprises make sure of that.