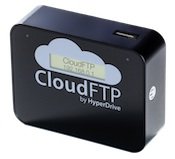 The CloudFTP from HyperDrive shows great potential, particularly for those who lack the space on their iDevices to access extensive film and music collections or are in a location where they can’t stream content over an existing network. Compact and lightweight, it makes a useful companion for your portable hard drive, particularly on your travels.

The CloudFTP by HyperDrive is an unassuming, pocket friendly adapter that promises to turn any USB storage device into a wireless file server with the ability to share files with Wi-Fi-enabled devices. Compatible with Apple iOS and Google Android devices, it’s a novel idea that has attracted much interest, thanks in part to a successful campaign on Kickstarter, the world’s largest funding platform for creative projects. Surpassing it’s funding target with apparent ease, CloudFTP additionally backups and synchronises your USB data from hard drives, flash drives, card readers, digital cameras and so on, to compatible Cloud storage services such as Apple’s iCloud and Dropbox.

CloudFTP makes use of a HTML5 web app, dedicated iOS/Android app or FTP client to connect to a dedicated Wi-Fi connection, independent of the wireless connection you might be using. The device also offers users the option to select an existing Wi-Fi network, particularly useful for sharing files with other devices on the same network. 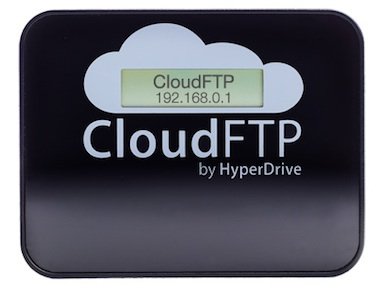 Once powered, the CloudFTP has a small LCD panel for visually indicating a wireless connection is made and setting up the Wi-Fi connection takes about a minute. Accessing data from USB devices on your iOS device, up to three devices at any one time, is pretty much instant, with the chance to watch videos without lag. The device comes with a USB cable but no external plug into the mains charger, which is a pity considering the relatively premium price.

The makers Sanho suggest your iPad charger is the best option and a full charge from empty can take as much as four hours. Sanho insists the removable 2600mAh battery powers the USB port and devices up to five hours, which is a fair estimate and enough for most users in a single session. We can only hope that as the adapter develops battery life will edge closer to the ten hours offered currently by the iPad.