I do wish that Blizzard had been a bit more ambitious with the 3D graphics and storyline, but there’s no denying the addictive grip that Diablo III exerts. If you have any interest at all in sword and sorcery action games then Diablo III is simply irresistible.

It’s more than a decade since Diablo II inflicted repetitive strain injuries on the mouse-clicking fingers of millions of gamers around the world, and a series of frustrating delays in the last couple of years have ensured that Diablo III has become one of the most eagerly anticipated games ever released.

Yet, at the risk of sounding like a bit of a party pooper, I do find myself wondering what took them so long. Don’t get me wrong – Diablo III is as utterly addictive as its predecessors, yet it doesn’t bring very much new to the series given the years that Blizzard has spent on it.

Twenty years after the events of the last game, a meteor strikes the much-troubled town of Tristram, opening up a gateway into the depths of the earth and paving the way for the return of the demon lord Diablo. As always, it’s up to you to gird your loins and turn back the forces of darkness before they unleash untold nastiness upon the earth.

This time around you can choose from five different character classes – barbarian, demon hunter, monk, witch doctor and wizard – each with its own unique skills and abilities. The graphics have been updated too, and now provide a true 3D view of the action. However, Blizzard seems to have made a conscious decision to stick to the dark, cramped corridors and simplistic graphical style of the earlier Diablo games, and I did find myself longing for the bright, epic landscapes of recent role-playing games such as the Dragon Age series and Skyrim. 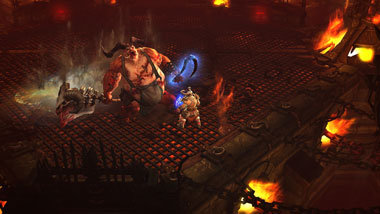 Another thing that hasn’t changed much is the sheer finger-clicking addictiveness of the Diablo formula. The moment you arrive in Tristram you find yourself confronted by a horde of shambling zombies who promptly proceed to poop little piles of gold on the floor after you’ve pummelled them into submission. Unencumbered by much in the way of plot or supporting characters, Diablo III simply throws monsters and magical loot at you until your fingers bleed and your mouse bursts into flames.

Once you’ve completed the main single-player game on ‘normal’ level you can go back and play it at the harder ‘nightmare’ and ‘hell’ difficulty levels. That should keep you busy for a few months and, as with Diablo II, you also have the option of joining multiplayer ‘public’ games using Blizzard’s Battle.Net service.

This is one area where Diablo III does differ from its predecessors. Public games in Diablo II often tended to degenerate into a free-for-all, but Diablo III puts more emphasis on cooperative play in order to complete quests and kill the big boss monsters. Hopefully this will ensure that multiplayer games are more rewarding both in terms of fun and the loot that you gain. 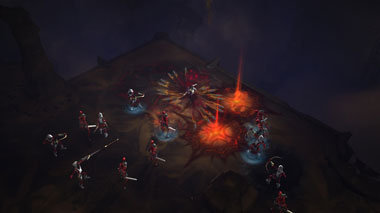 And that brings us to what is perhaps Diablo III’s most controversial new feature – the online Auction House. At the moment, the Auction House here in the UK allows you to trade items with other players using the gold coins that you earn within the game itself. That will certainly prove to be a popular addition – as it already has in the massively multiplayer World Of Warcraft. But within the next few weeks Blizzard is also planning to open a second Auction House that lets you use real-world cash to buy items – with, of course, Blizzard taking a cut of the proceeds. I’m old-fashioned enough to think that this is a horrible idea for all sorts of reasons, but at least Blizzard has included parental controls to prevent young children from using Dad’s credit card to buy a Sword Of Awesome Pointiness +3. 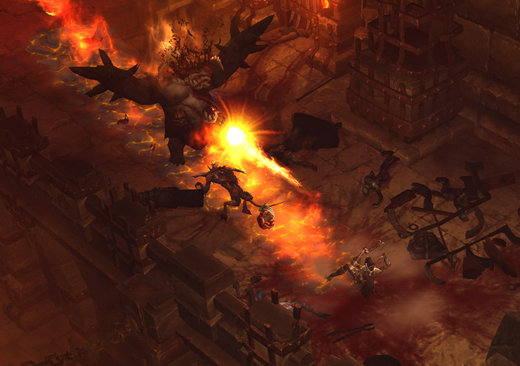