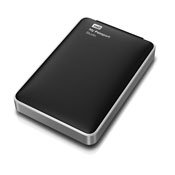 The My Passport Studio is a little pricey, even for a Firewire drive, although you should be able to find it more cheaply if you shop around online. In any event, there simply aren’t a lot of 2TB portable drives available, which means that the My Passport Studio is the obvious choice if you need a compact, high-capacity drive for a laptop or desktop Mac.

Until recently the highest storage capacity that we’d seen in a portable hard disk was Seagate’s 1.5TB GoFlex drive. However, Western Digital has upped the ante even further with its new My Passport Studio, which weighs in with a full 2TB of portable storage.

It’s a little larger than the Seagate drive, measuring a relatively chunky 24x84x126mm, but you can still just about fit it into a jacket pocket, or slip it easily into a backpack or carrying case when you’re out and about with your MacBook.

Like its Seagate rival, the Passport Studio includes both Firewire 800 and USB 2.0 interfaces, and Western Digital has sensibly built both interfaces right into the body of the drive rather than opting for Seagate’s somewhat eccentric system of removable interface adaptors. We prefer Western Digital’s approach, as it just seems more convenient when carrying the drive and cables around. The My Passport Studio also includes a second Firewire interface as well, allowing you to daisychain it with other Firewire drives if you need to.

The My Passport Studio performs well with both interfaces. Its Firewire interface produced a data transfer speed of 512 megabits per second in our tests, giving it a clear edge over the 439Mbps of the GoFlex. Performance with the USB 2.0 interface was slower, as you’d expect, but its speed of 254Mbs still puts it at the higher end of the range for USB2 performance. 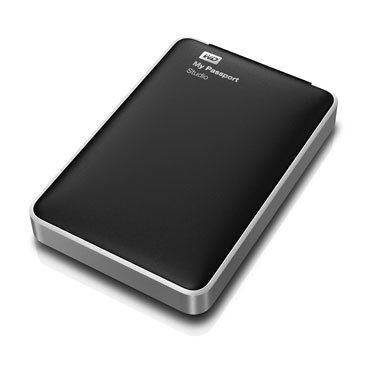 Western Digital also displays its usual attention to detail with an additional security program that allows you to set up password-protection and data encryption for your drive, as well as a utility that provides useful diagnostic and maintenance features. The only aspect of the drive that seems slightly odd is the decision to put the flashing status light on the back of the unit, where you can’t actually see it.