Yes, there is the sense that your liberty is limited. Although you seem to have free will, you are subtly urged down a track or into the mouth of a cave. Ultimately, there’s no real choice or way of changing the outcome. With Dear Esther, that doesn’t really seem to matter. It’s a collaborative work of art; a blueprint for future creators of interactive fiction.

Dear Esther is a game unlike any you’ve played before. Originally a Half Life 2 mod created by game researcher Dan Pinchbeck, this standalone version has been rebuilt from scratch with beautiful graphics and glitch-free gameplay. Although the word “gameplay” doesn’t seem quite right.

There are no weapons in Dear Esther. No crowbar or shotgun. The first-person environment you explore feels like open terrain with barren moorland and rocky clifftops. It’s a billion miles away from the test chambers of Portal. 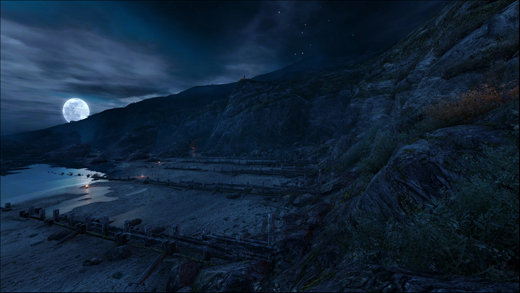 While other games reward the completion of puzzles or the destruction of zombie hordes, Dear Esther unravels in its own sweet time. Exploration brings its own reward. All you know as you begin is that you’re on an island. There are clues to your identity and clues to something more. Something unsettling. As you progress, you hear fragments of letters that uncover more of the story.

You won’t want to rush through Dear Esther. There are no special achievements for speed-runs here, but that’s not the only reason. The environment is built to linger in. This goes beyond the 3D world too – though wonderfully rendered by level designer Robert Briscoe. The writing is poetic and spare, the soundtrack by Jessica Curry is compelling and creepy. 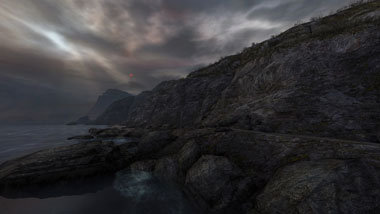 Creepy Cove: Dear Esther tantalises with snippets of narrative, evocative music and a landscape that compels you onwards. 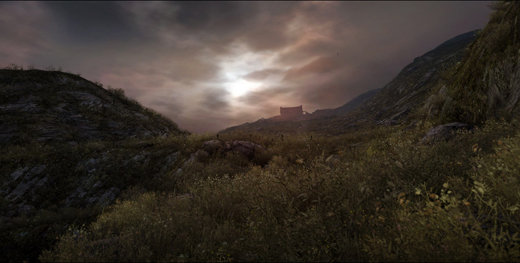