There are cheaper Thunderbolt drives available, but these do tend to use slower 7200rpm drive mechanisms. So if you’re looking for top performance, as well as versatile RAID options, the VelociRaptor Duo is one of the best single-user storage devices currently available for professional users.

It’s a bit on the pricey side, but Western Digital’s new VelociRaptor Duo goes all out to provide top-of-the-range performance and features for professional Mac users.

The VelociRaptor Duo is a dual-drive RAID storage system designed for use with the high-speed Thunderbolt interface found on the latest Mac models. It’s only available in a single configuration, with a pair of one-terabyte drives, although you can open it up and install your own drives if you prefer.

You probably won’t want to do that, though, as the drives that are supplied with the VelociRaptor Duo run at a thumping 10,000rpm compared to the 5400rpm and 7200rpm drives that are normally provided with most Macs and PCs. That should ensure that the VelociRaptor is able to fully exploit the speed of the Thunderbolt interface for intensive tasks such as 3D rendering or HD video-editing. The drive also has two Thunderbolt interfaces, which allows you to daisy-chain it with other Thunderbolt drives, or one of Apple’s outrageously expensive Thunderbolt Displays.

Thunderbolt provides speeds of up to 10Gb/s – although that’s the theoretical maximum, of course – and the precise speed that you get from the VelociRaptor Duo will depend on how you choose to configure it. For maximum performance, the VelociRaptor Duo supports RAID O (striping), or you can opt for RAID 1 (mirroring) to make duplicate back-ups of your important files for extra safety. You can also use JBOD to treat the VelociRaptor as ‘just a bunch of drives’, perhaps using one of them as a high-speed boot drive for your Mac. 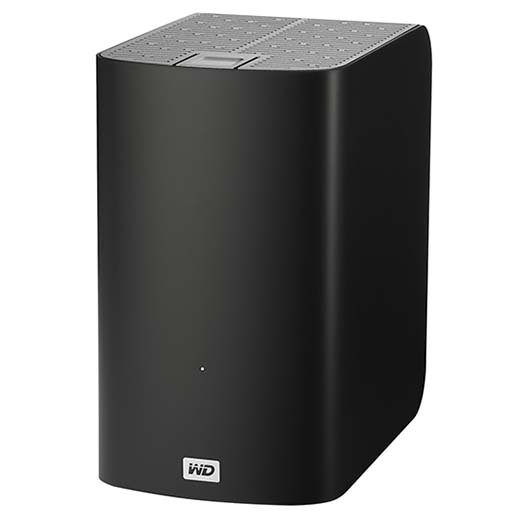 There are some omissions, though. The VelociRaptor Duo doesn’t have any Firewire or USB interfaces, so colleagues with pre-Thunderbolt Macs can’t use it to transfer files across to another machine. There’s no Ethernet for network connectivity either, so you can’t share it with other people in your office.