Don’t even think about buying the game until you’ve made sure that your Mac meets the game’s rather idiosyncratic system requirements. The blood and swearing also means that it’s very definitely an 18-rated game. But, all that aside, Call Of Duty: Black Ops is one of the best action-shooters to hit the Mac this year.

Here’s the good news – Black Ops is an exciting shoot ‘em up game that marks the return of the Call Of Duty series to the Mac for the first time since CoD4 back in 2008.

The bad news is that Black Ops is extremely particular about which Mac models it will run on. It won’t even run on the new MacBook models released just this year, as it doesn’t like the Intel integrated graphics chips used in those models – not to mention the vast majority of Mac and PC laptops released in the last couple of years. That’s kind of crazy, so you really do need to check the system info on Aspyr’s web site before buying Black Ops.

If you can actually run the game, then Black Ops is a thrilling – and also violent and foul-mouthed – action game that provides an exciting challenge in both its single and multiplayer modes. The single-player game has something of an old-school Cold War feel to it, kicking off in Cuba during the Bay Of Pigs crisis in 1961. You play a covert agent named Alex Mason who has been sent on a mission to assassinate Fidel Castro. Under interrogation, you experience a series of flashbacks that conveniently allow you to indulge in some James Bond-esque globe-trotting as you shoot your way around the world, gathering ever more powerful weapons as you go.

The single-player mode will probably only keep you going for 6-8 hours, but you can play online with other Mac gamers – though not with owners of the PC version, it seems – and there’s a handy ‘combat training’ mode that gives newcomers a chance to hone their skills before they go up against more experienced players online. 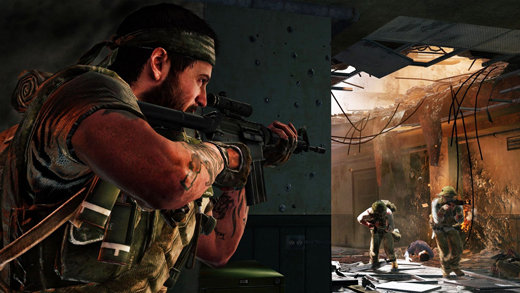